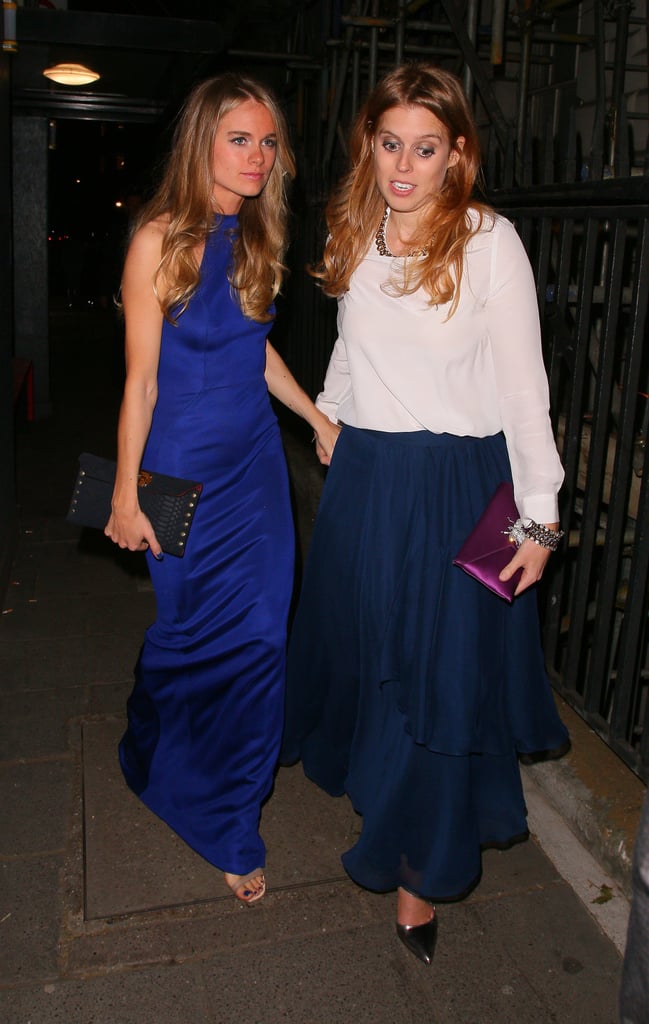 Cressida Bonas may no longer be dating Prince Harry, but that doesn't mean that she doesn't still have royal friends. The 25-year-old was all smiles while she held hands with Harry's cousin Princess Beatrice as they left a glamorous party at Annabel's in London. Cressida was dressed to impress in a slinky blue gown as she chatted with Beatrice and made a beeline for a cab with a group of friends, which included Princess Eugenie and Beatrice's boyfriend, David Clark. The former dance student is close to the two sisters, who introduced Cressida to Harry. Interestingly, Cressida's night out, which was her first public appearance since splitting from Harry two weeks ago, happened just as Harry embarked on his tour of Estonia and Italy. After taking a quick trip to Memphis, TN, for his friend's wedding, Harry has been diving into his work postbreakup, including promoting his Invictus Games in London by sending out his first-ever tweet.

Cressida's close relationship with Harry's cousins may give hope to those who want to see the couple get back together. After all, Kate and William famously split in 2007 before reuniting for good.

Previous Next Start Slideshow
Is This a Sign That There's Still Hope For Cressida and Harry? originally posted on POPSUGAR Celebrity News
The RoyalsPrincess BeatriceCressida Bonas

British Celebrities
James Corden on Prince Harry's Departure From Royal Life: "I Cannot Imagine Any of It Is Easy"
by Tori Crowther 15 hours ago