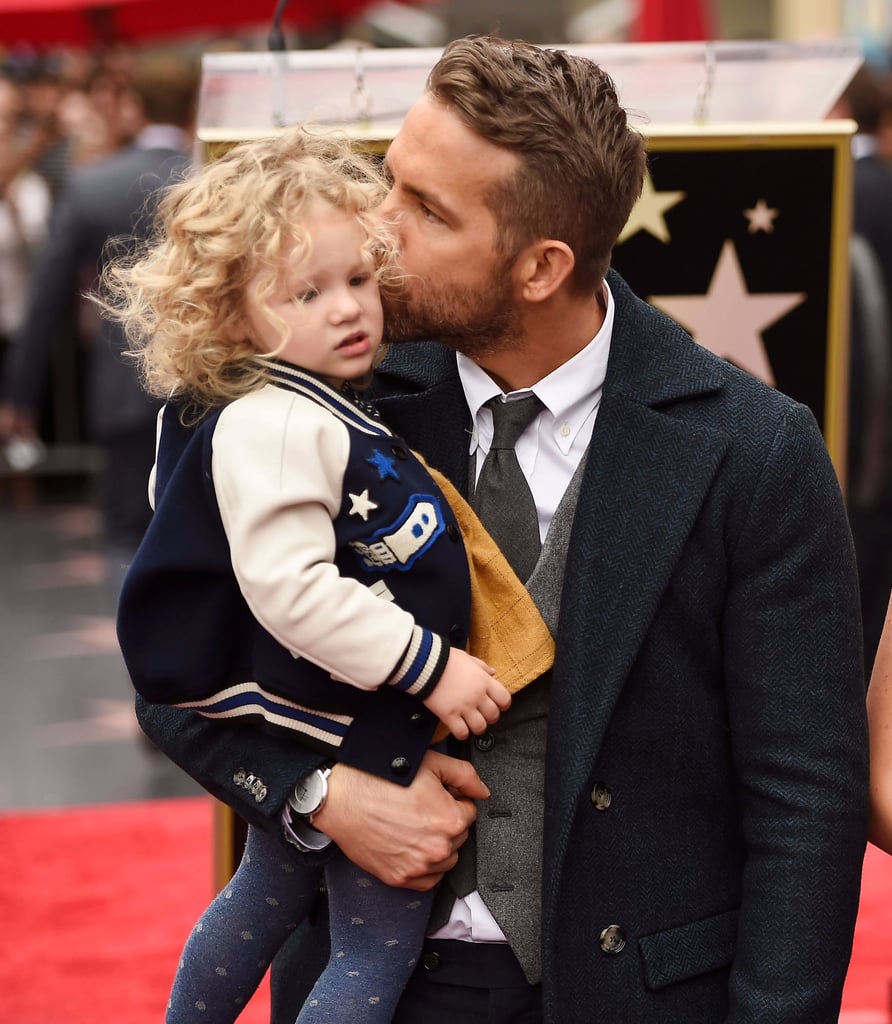 Ryan Reynolds and Blake Lively's adorable daughters made their first official public appearance on Thursday when their dad was honoured on the Hollywood Walk of Fame in LA. Even though the Deadpool actor has been pretty open (sometimes too open) about parenting on social media, the ceremony was the first time we've actually seen him in dad mode — and let's just say, we're loving it. Aside from sharing some loving glances with his wife, he also gave a shout-out to his sweet little family in his speech, telling Blake, "You've given me two of the most incredible children I've ever hoped to have. . . . You made me the father of my dreams when I thought I only had fun uncle potential." Here's hoping the two will share more sweet family photos in the future, because their daughters are just too precious! See some of the doting dad's best moments from the event here.