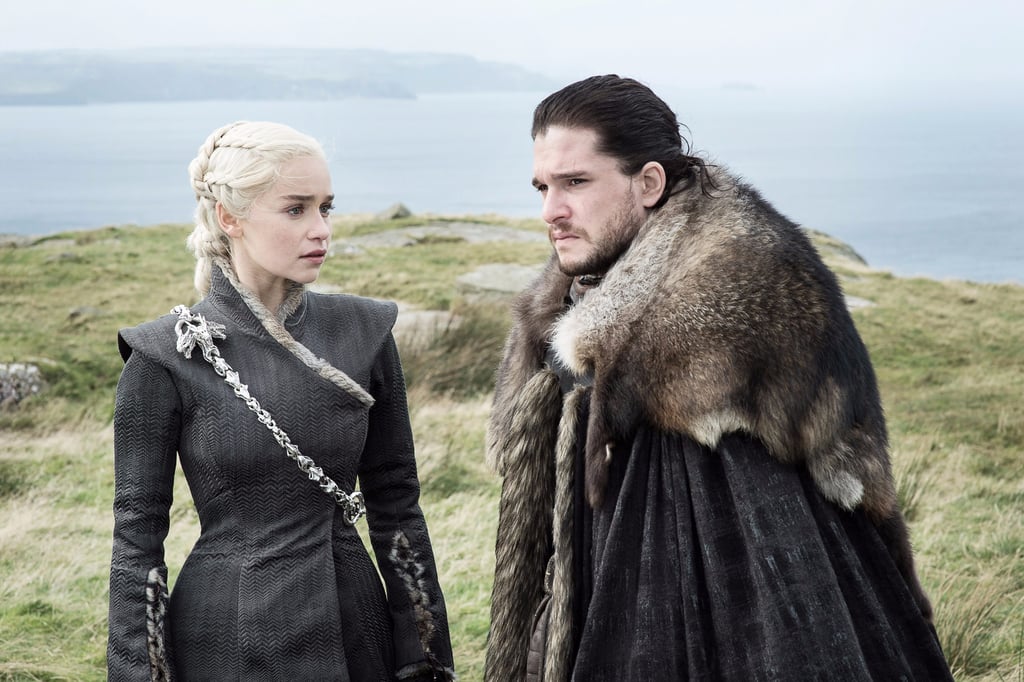 Daenerys Savagely Dissed Jon Snow, and All We Have to Say Is "That's Cold"

Brace yourselves for some Game of Thrones season seven spoilers.

Before the deaths, extreme temperatures, and epic hand-holding moments that shook fans during the penultimate episode of Game of Thrones season seven, Daenerys sits down with Tyrion for a serious conversation over some wine, of course. The queen and her Hand discuss how the men in her life are always trying to be the hero and how it truly never ends well. "Heroes do stupid things and they die," Daenerys tells Tyrion. "Drogo, Jorah, Daario, and even this Jon Snow. They all try to outdo each other. Who can do the stupidest, bravest thing?"

Tyrion stops Daenerys and calls out that she included Jon on her list, but she insists that Jon isn't in love with her (while every single viewer simultaneously rolls their eyes). Dany tells Tyrion that she and Jon couldn't work because he is "too little" for her with a dagger-to-the-heart glare. Sure, Dany may not know Jon is her nephew just yet, and we're not sure whether height or lineage is a stronger defence against a romance these days, but that was cold. She basically screamed DRACAAAARYSSSSSS, burning Jon's ego to smithereens and obviously offending Tyrion greatly with that line of fire.

Jon may not be the tallest in the lineup of Daenerys's love interests, but we all know he can get it. Dany brushing off this potential romance as if she was swiping left on the King in the North without scrolling through his whole profile was one of the most ruthless burns we've seen from her . . . and she burns quite frequently.

Obviously Jon's height isn't a deal-breaker for Dany because after he safely returns from beyond the Wall and bends the knee, the two hold hands for a very long time, sexual tension sparking all over the room. I guess height isn't an issue if you're lying down, but we'd take Jon Snow any day. Read on to see the hilarious reactions to Dany writing off Jon as "too little," then get excited for the action-packed finale next week.