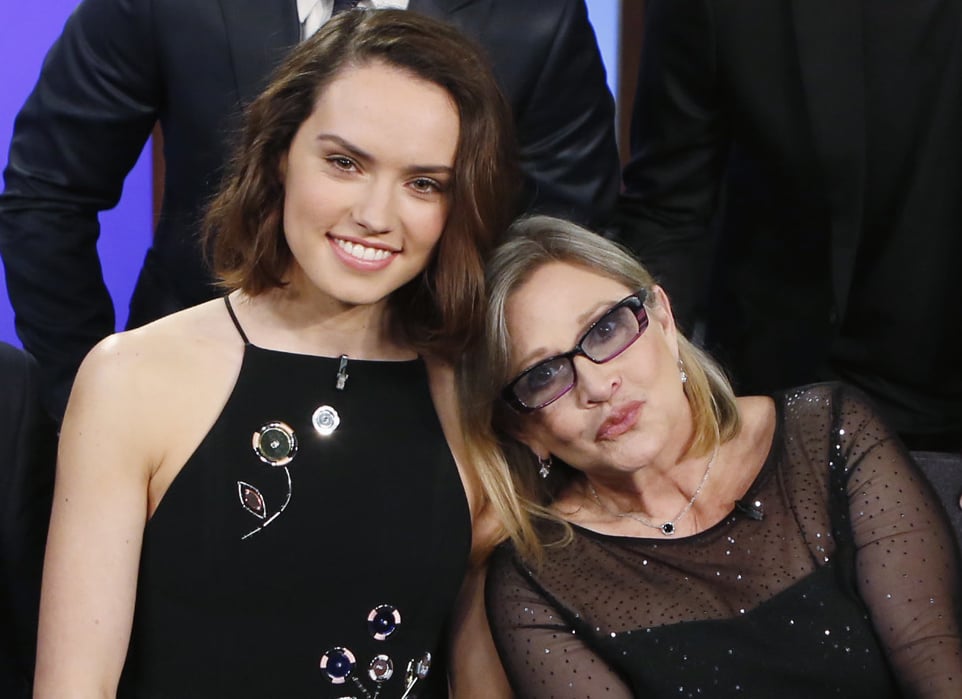 Daisy Ridley had the honour of working with Carrie Fisher in 2015's Star Wars: The Force Awakens before she passed away last December, and now the star is opening up about what it was like working with the legendary actress. "I'd never met anyone openly bipolar before, who discussed loving glitter because of her LSD days," Daisy explained in Vogue's November issue while trying to hold back tears.

Daisy also revealed that Carrie warned her to be wary of the people she dates after joining the Star Wars franchise, adding, "Because you don't want to give people the ability to say, 'I had sex with Princess Leia.'" Daisy has only been linked to two men throughout her time in the spotlight (sadly, neither of them are John Boyega), and when asked if she's dating anyone at the moment, she replied, "I'm not saying." Guess we'll just have to wait and see.