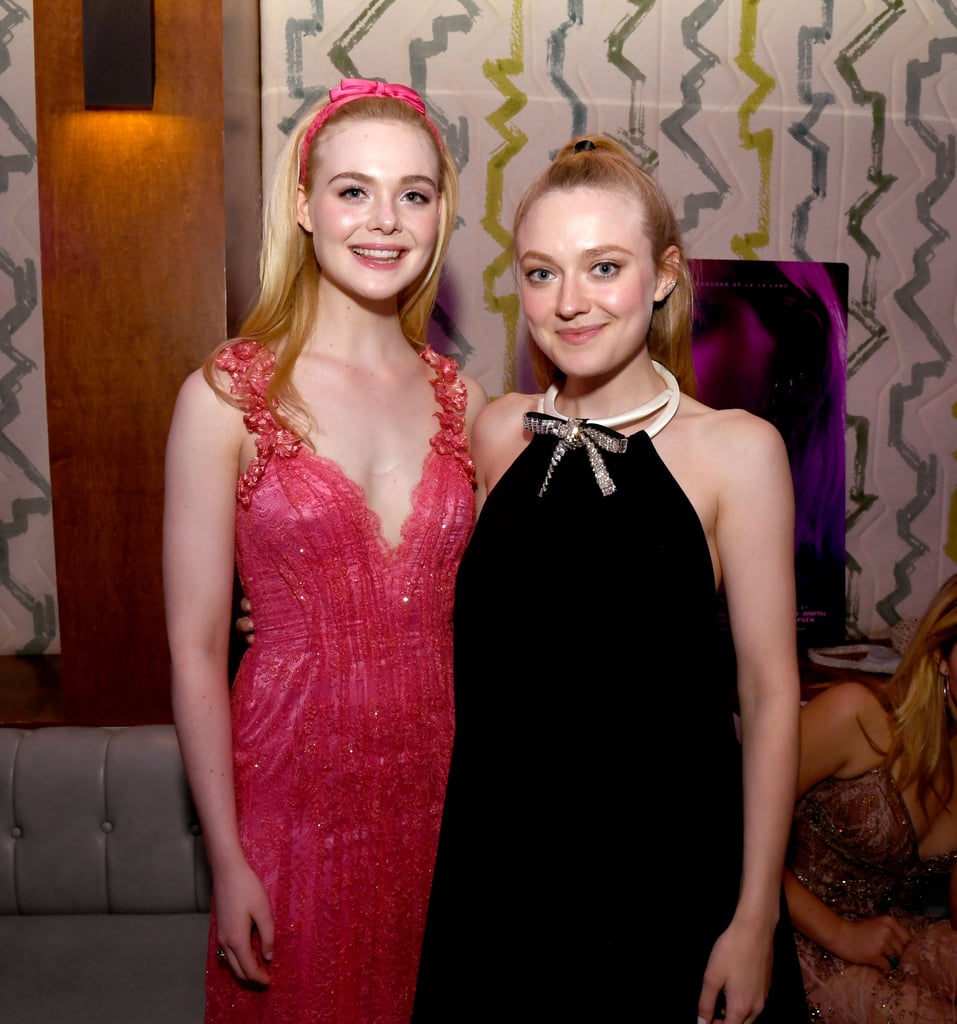 Elle Fanning had an exciting Tuesday night as she attended the premiere for her upcoming film, Teen Spirit, and guess who was there to support her? Her big sister, Dakota, of course! At the Hollywood screening, the 25-year-old and 20-year old actresses sweetly posed together before heading into the theatre to watch Elle rock the stage onscreen as a pop star. Naturally, Dakota and Elle served glamorous sibling looks at the event. While the older Fanning actress wore a simple black dress, the younger stunned in a floral magenta gown.

Teen Spirit also stars Agnieszka Grochowska, Rebecca Hall, and Archie Madekwe, and centres around a teenage girl named Violet (Elle), who dreams of making it big as a performer. With the help of a mentor, she enters a local singing competition to reach her goal. The film hits theatres on April 12!

Related:
Elle Fanning's Cover of "Dancing on My Own" Will Have You on Your Feet
Previous Next Start Slideshow
Teen SpiritCelebrity FamiliesElle FanningDakota FanningRed Carpet