Dakota Fanning went with bright red lipstick for the August issue of FLARE. She has the Summer off from high school to enjoy the continued success of Eclipse, and, in a few months, Dakota will reunite with her Twilight crew to work on Breaking Dawn. Dakota opened up to the magazine about her work in the vampire franchise and also spoke about her friendship with costar Kristen Stewart and her surprisingly normal life. Dakota said: 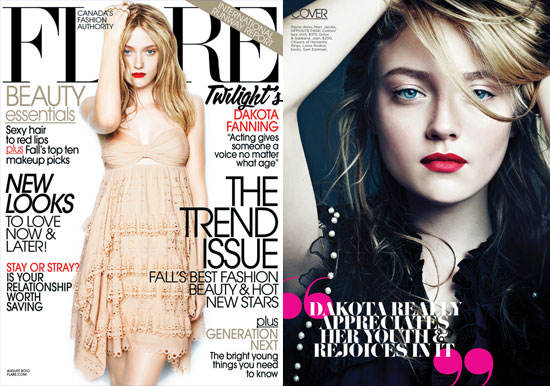 EclipseMagazineDakota Fanning
Around The Web