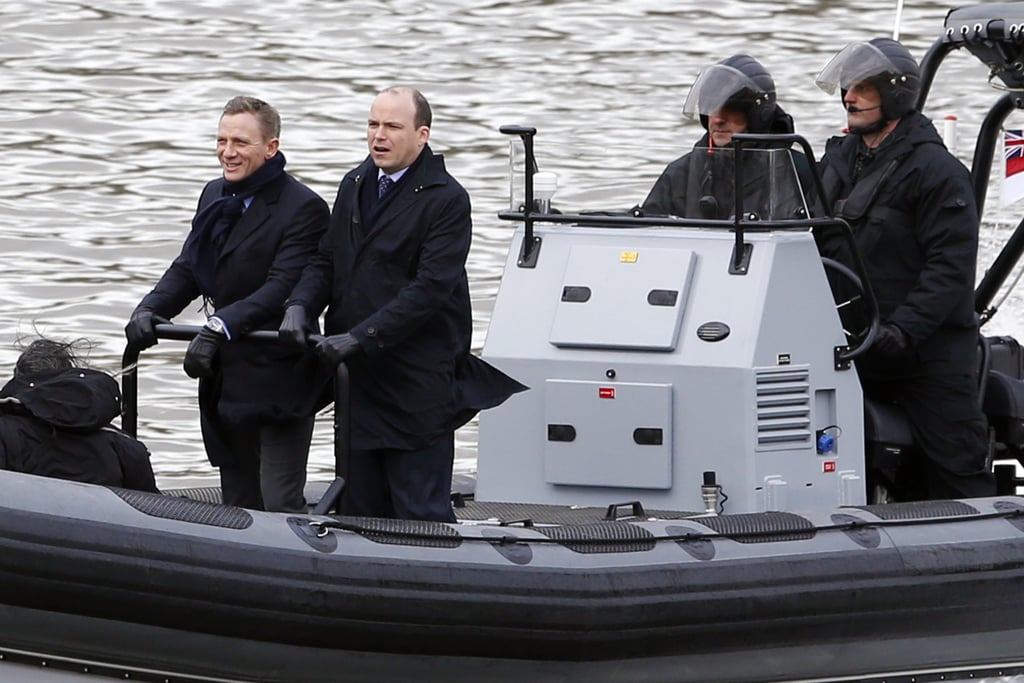 The filming of the next James Bond movie, Spectre, is already full steam ahead, following last week's behind-the-scenes shot and the recent announcement of the title and cast. We have the first shots of Daniel Craig and a costar shooting scenes on the film, and surprise, surprise: Craig looks superhot all bundled up. This is after the news that the movie's script was leaked in the massive Sony hack, but Craig and his baby blues appear completely unscathed.