Looks like the magic of Harry Potter will still be affecting the stars of the franchise even after the final films: both Daniel Radcliffe and Tom Felton have recently scored new roles.

Radcliffe has a busy schedule that includes a Broadway stint and a remake of All Quiet on the Western Front, and now he's adding a horror movie to his resume. He's set to star in The Woman in Black, based on the novel by Susan Hill. 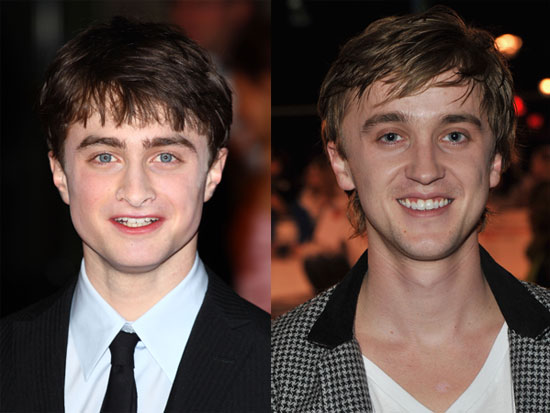 Meanwhile, his onscreen nemesis Tom Felton just nabbed a role in The Rise of the Apes, the sequel to The Planet of the Apes. Felton will play Brian Cox's son, and the star-studded cast also includes James Franco and Freida Pinto.

I'm excited to see what these boys can do outside of the wizarding world, though after Felton's cameo in Get Him to the Greek, I wouldn't mind seeing them take on lighter fare.