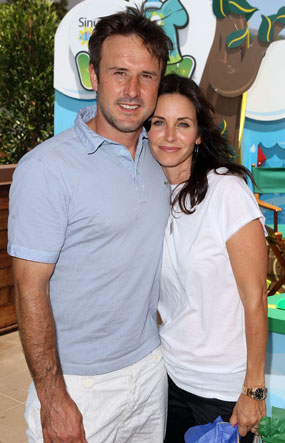 Less than 24 hours after Courteney Cox and David Arquette announced their trial separation, he called into Howard Stern's radio program this morning to share seemingly confidential details about their separation, their sex life, and how their daughter, Coco, is coping with the news. He talked freely about who he's been sleeping with and even disclosed that Courteney was "tired of being his mother." On the flip side, Courteney has remained silent, though yesterday she was spotted without her wedding ring. Just last week the pair were spending time together on the set of Cougar Town, giving no indication of trouble in their marriage. Listen and tell us what you think about David's decision to spill so much about their personal situation — understandable or totally inexcusable?

The Late Late Show with James Corden
Courteney Cox Surprised a 13-Year-Old Friends Superfan, and His Reaction Is Too Pure
by Kelsey Garcia 24/5/20