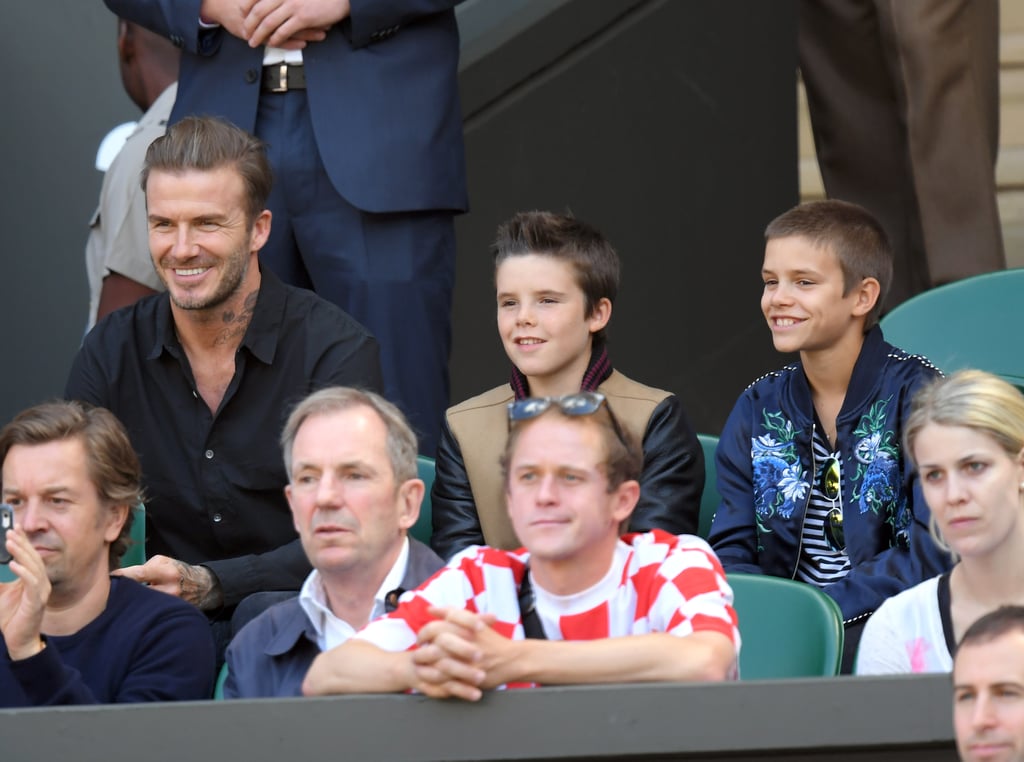 Who knew David Beckham could be the life of the party? The retired football star had a fun day out on Wednesday when he attended day nine of Wimbledon. David, who celebrated his 17th wedding anniversary with wife Victoria earlier this month, brought along sons Romeo and Cruz for the afternoon of tennis watching. In addition to looking sexy in his unbuttoned black shirt and matching sunglasses, David laughed up a storm while mingling with fellow attendee Bradley Cooper and chatting with his boys while taking pictures. He was then spotted goofing around with what looked like a police officer, even bringing him in close for a photo at one point. While the father of four has been spotted with some of his youngest kids recently, his oldest son, Brooklyn, has been busy spending time with his girlfriend, Chloë Grace Moretz. 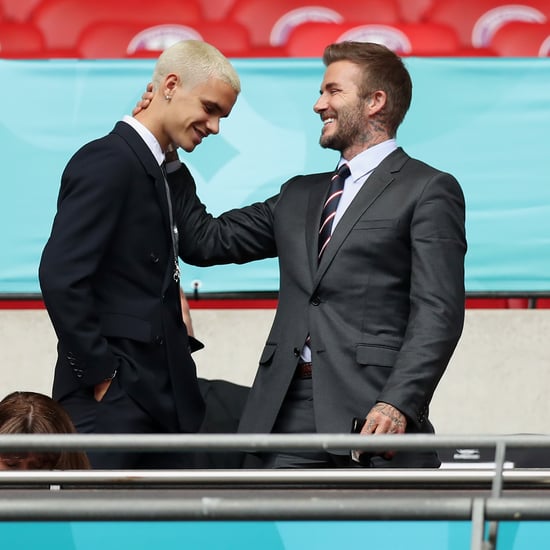