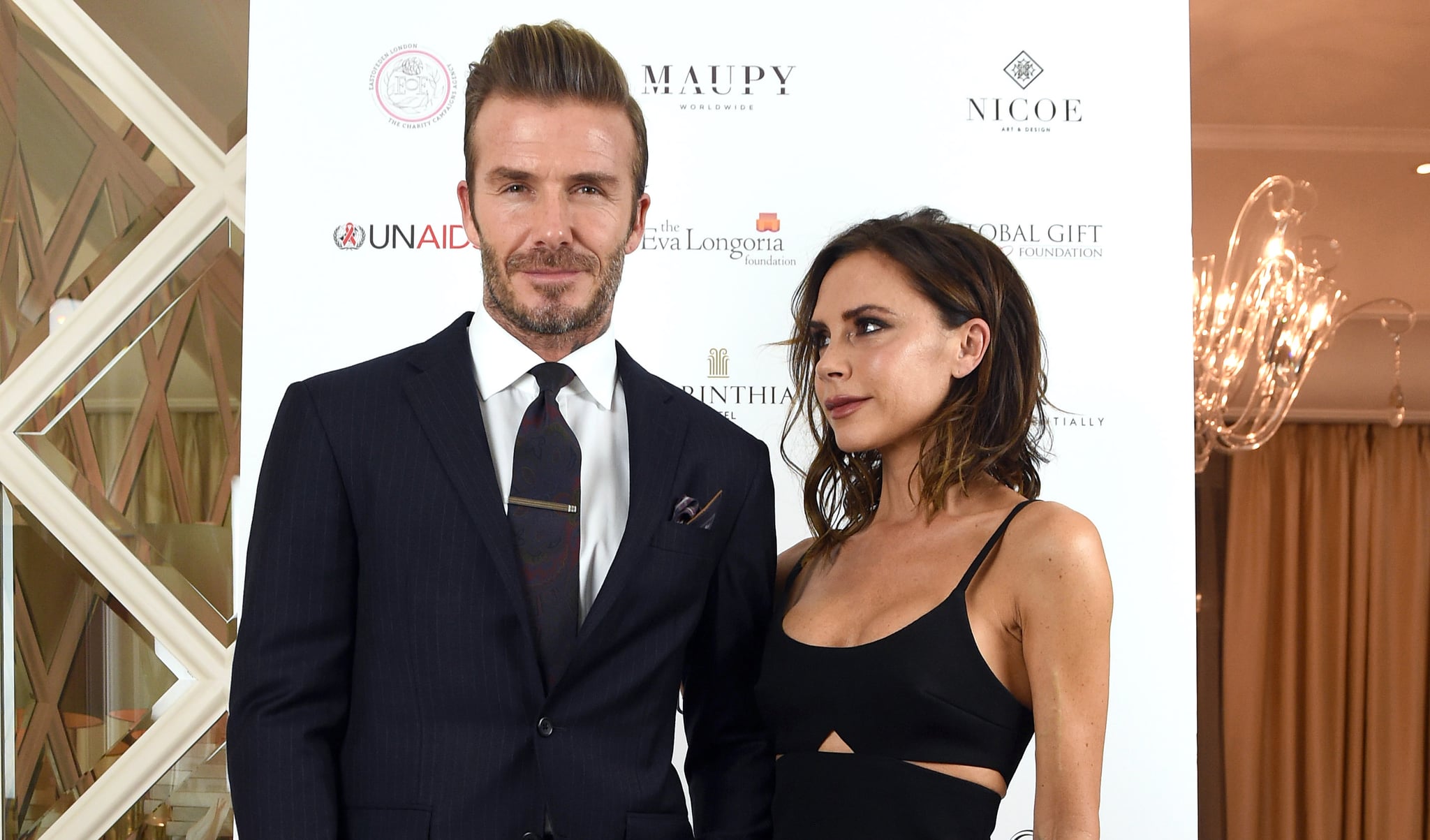 Victoria and David Beckham are among the few celebrity couples that have withstood the test of time, but how exactly did they do it? During a recent interview with BBC Radio 4's Desert Island Discs, the retired football star revealed that he and Victoria secretly renewed their wedding vows, saying, "We have renewed our vows since [our first wedding]. It was a lot more private, about six people there in our house." He also credits his long-lasting relationship to his "strong family unit," adding, "We've got strong parents. We were brought up with the right values. Of course you make mistakes over the years, and we all know marriage is difficult at times. It's about working through it."

David first set his sights on the former Spice Girl when he was at a hotel with his best friend in 1997. He remembers "turning around before I even met Victoria and said, 'I want to marry that one. The one in the black dress, the one with the bob.'" The duo eventually tied the knot in 1999 and are now parents to four beautiful kids, daughter Harper and sons Brooklyn, Romeo, and Cruz.

Celebrity Style
She May Be a Fancy Fashion Designer Now, but Victoria Beckham Can Still Conjure Posh Spice
by Kelsey Garcia 3 hours ago

The 2000s
Why Did Ben Affleck and Jennifer Lopez Break Up? The Reason Is Sad
by Corinne Sullivan 1 hour ago