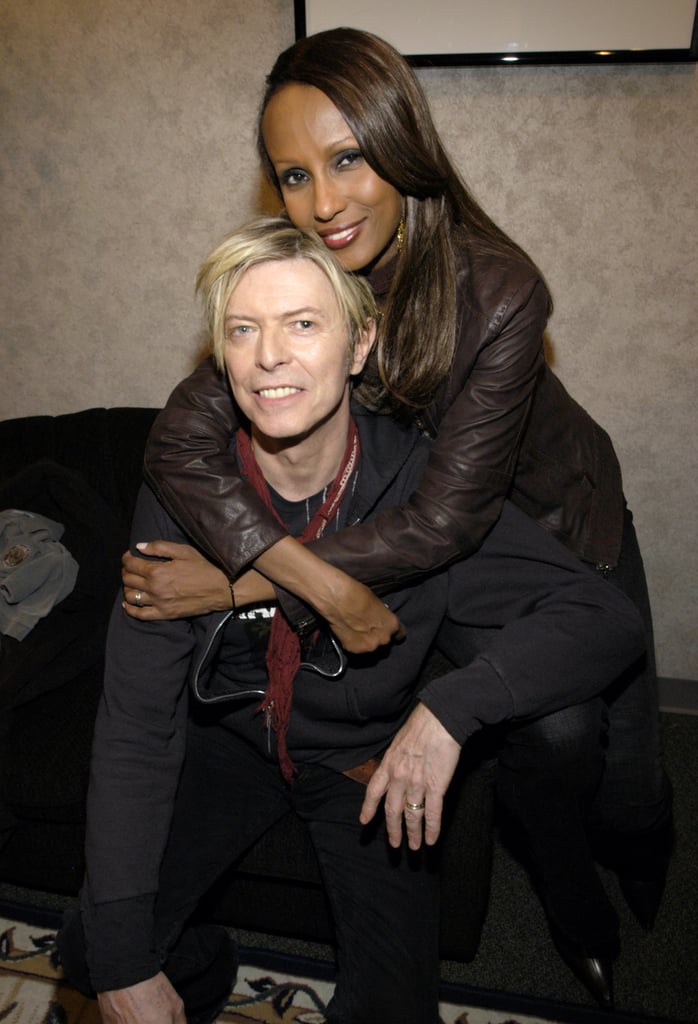 It's no secret that David Bowie and Iman were one of Hollywood's most iconic celebrity couples. The musician and supermodel were first introduced in 1990 and later married in 1992. In addition to building a loving relationship and a family, they both achieved high levels of success in their careers; David became a legend in the music industry and Iman a world-renowned fashion icon. On Jan. 11 2016, David sadly passed away at the age of 69, after his 18-month battle with cancer. Both Iman and Bowie's son, Duncan, took to social media and penned touching messages following the news of his death. Iman's statement read, "Sometimes you will never know the true value of a moment until it becomes a memory." Look back at David and Iman's romance through the years.