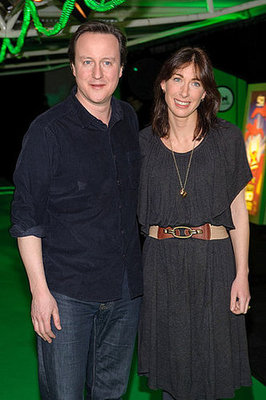 Conservative Party leader David Cameron's son Ivan died early this morning. The Sun reports it is believed Ivan suffered a bout of fits during the night and could not be saved. A spokesman for the Conservative Party confirmed the news, saying:

"It is with great sadness that David and Samantha Cameron must confirm the death of their six-year-old son Ivan. Ivan, who suffered from cerebral palsy and severe epilepsy, was taken ill overnight and died at St Mary’s Hospital, Paddington, early this morning. David and Samantha would ask that their privacy is respected at this terribly difficult time."

Our hearts and thoughts go out to David and Samantha and their family and friends at this tragic time.

The Royals
Prince Philip Has Died at Age 99, the Palace Confirms
by Gemma Cartwright 4 weeks ago