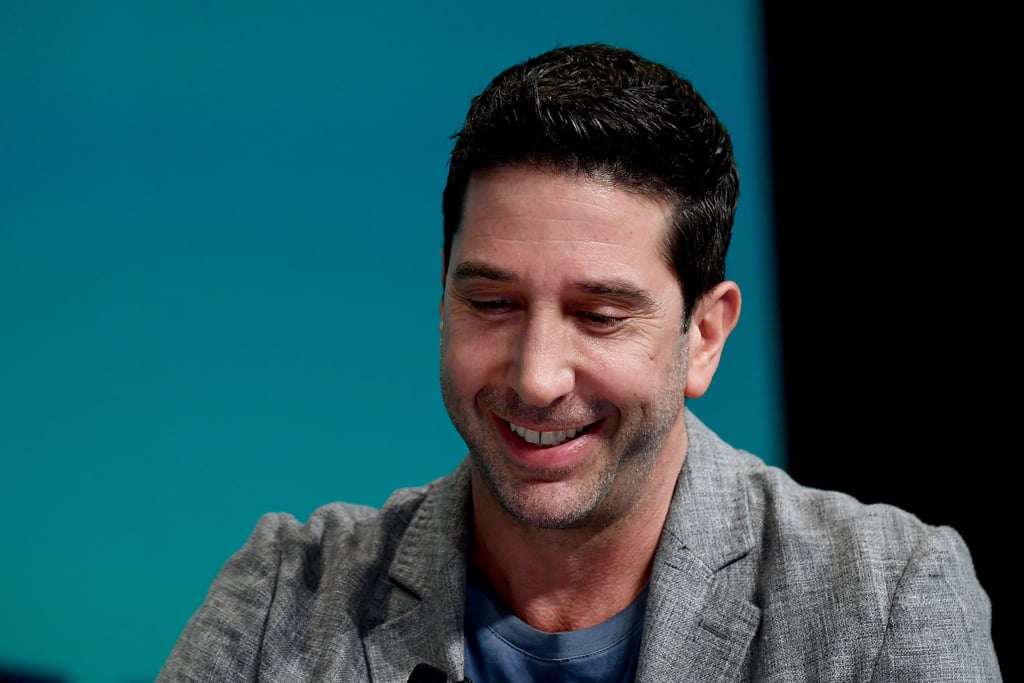 Despite what you may have heard, David Schwimmer did not steal a pack of beer from an establishment in the UK. We say this because the 51-year-old Friends actor bears a striking resemblance to an alleged thief recently caught on camera stealing from a restaurant in Blackpool, England. As word continued to spread, David responded in an incredible way on Instagram and said, "Officers, I swear it wasn't me."

It all started when Blackpool Police shared a picture of the thief on Facebook, and many were quick to point out the resemblance. After receiving so many comments about the actor, the police department was forced to address the "theory" and wrote, "We have investigated this matter thoroughly and have confirmed that David Schwimmer was in America on this date. We're so sorry it has to be this way."

The following day, David shared a video of himself replicating the crime by sneaking off with a case of beer, albeit in an NYC convenience store. "To the hardworking Blackpool Police, good luck with the investigation," David added. Check out his ace response ahead.