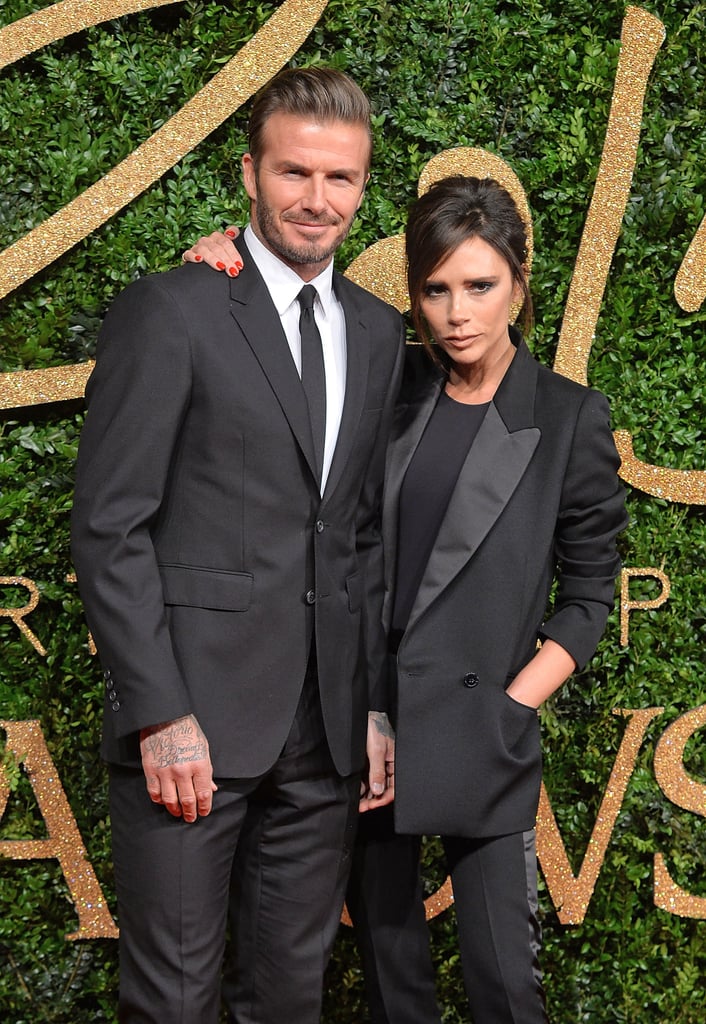 David and Victoria Beckham stepped out for the British Fashion Awards in London on Monday night. The two posed together in all their gorgeous glory on the red carpet, and they were killing it in their noticeably matching outfits. It's been less than a week since David was announced as People's Sexiest Man Alive, which shouldn't come as a surprise given how undeniably hot he is. Victoria, for her part, recently attended the Glamour Women of the Year Awards with their son Brooklyn, where she was recognised for her work in fashion design and philanthropy. Keep scrolling to see the couple's latest red carpet appearance, then check out the best Beckham family photos through the years.

British Celebrities
Olympic Diver Tom Daley Is a Crochet Fashionisto — and Yes, He Has Knit Himself Some Swim Trunks
by Sarah Wasilak 4 hours ago