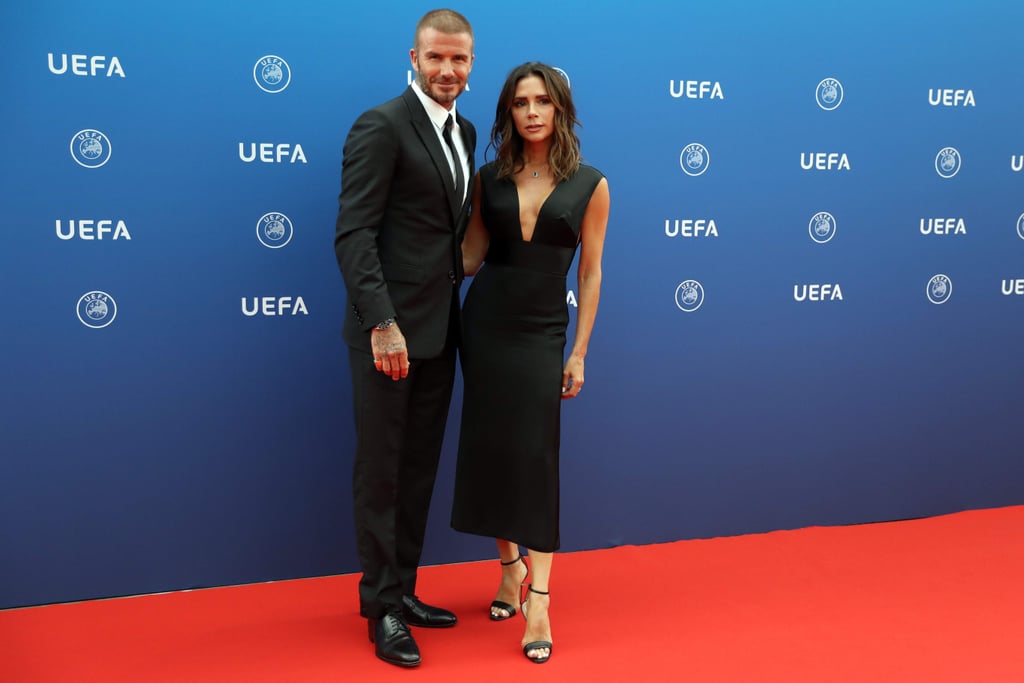 Do I care about sports usually? No, not my thing. That is until Thursday, Aug. 30, when I spotted some ridiculously stylish photos of David and Victoria Beckham attending the UEFA Champions League draw in Monaco.

Victoria was there to support her athletically-inclined husband since he was being presented with the UEFA Presidents Award onstage, but before they made their way inside the event, they posed for some stunning red carpet shots. David basically auditioned to be the next James Bond in his sleek suit, while the fashion designer wore a minimalist, plunging black dress that was basically the definition of "posh." (Wink, wink.)

The Beckhams are fresh off their tropical family holiday, which they took with their four children: Cruz, Romeo, Brooklyn, and Harper. Although their kids don't appear to be in Monaco with them, I'm sure it won't be long until we all get another sweet Beckham photo op. Check out more snaps from David and Victoria's night out, ahead!