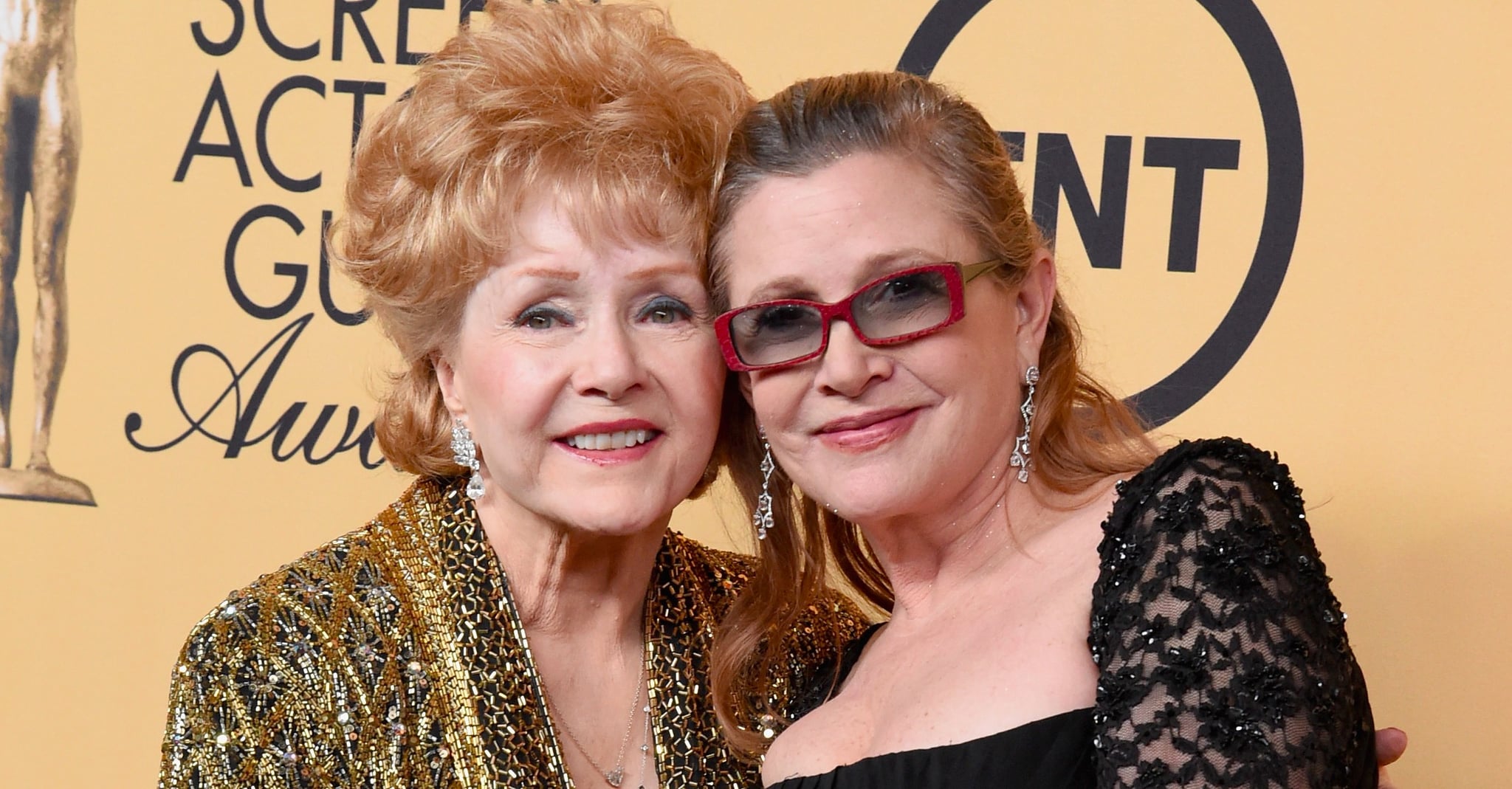 Carrie Fisher passed away on Dec. 27 after suffering from a heart attack on Dec. 23, and now her mother, Debbie Reynolds, is speaking out about her daughter's tragic death. On Tuesday, Debbie released a statement on Facebook, writing, "Thank you to everyone who has embraced the gifts and talents of my beloved and amazing daughter. I am grateful for your thoughts and prayers that are now guiding her to her next stop. Love, Carries Mother."

Shortly after the star's death, family spokesman Simon Halls released a statement on behalf of her daughter, Billie Lourd, saying, "It is with a very deep sadness that Billie Lourd confirms that her beloved mother Carrie Fisher passed away at 8:55 this morning. She was loved by the world and she will be missed profoundly. Our entire family thanks you for your thoughts and prayers." Celebrities have also been taking to social media to express their condolences, including Anna Kendrick, Ellen DeGeneres, and a few of Carrie's Star Wars costars.

Celebrity Deaths
As a Black Fashion Editor, I Have People Like André Leon Talley to Thank For My Dreams
by Shelcy Joseph 23 hours ago