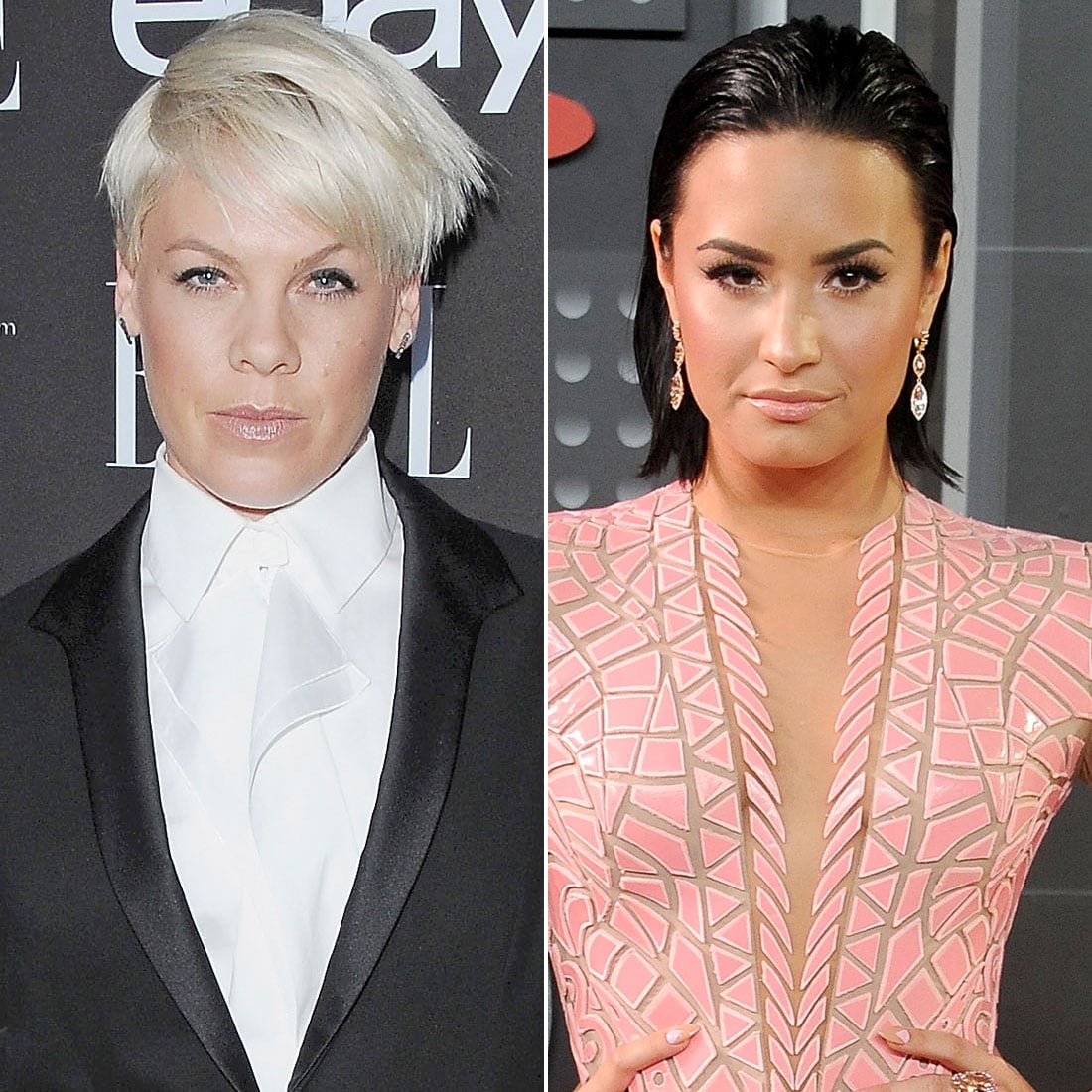 After Nicki Minaj stole the show at the MTV VMAs for calling out Miley Cyrus on stage, the world is slowly learning of another back-and-forth between two megastars: Pink and Demi Lovato. Pink, who reportedly took to her private Instagram to voice her distaste for this year's show and performers, is defending her harsh comments after Demi fought back against them. "In all seriousness; I felt sad because music is supposed to inspire," Pink wrote after watching the show. "It saved my life. This trash won't save any kids life. In a world that is even scarier and with lives still worth saving, who will stand up and have soul? Disenfranchised to say the least. Let down by my industry and peers. Beside Macklemore and Pharrell [Williams] and [Justin] Bieber (pre-sob fest) and the Weeknd, Tori Kelly was dope too. The rest was gross and embarrassing and hard for this aging pop star to believe." Demi then took to Twitter to voice her own opinions.

cope with mental illness. VMA's are sexy and fun. There's a time and place for everything.

Prior to Demi's comments, Pink clarified that she has no problem with the singer, tweeting, "Please look for a feud elsewhere. I have no issue with Demi Lovato or anyone else. I actually forgot she performed. I have opinions. MANY. I stand by what I said. However, I didn't intend for the angry people of the world to latch on and make it into something it isn't. Peace." Pink then put an end to the speculation on Friday with a series of tweets about the nonexistent feud.

You know, this is part of why I'm sad about the VMas and the world in general. Everyone is so nasty and waiting for a fight. I never said

Anything about Demi Lovato or called out anyone. I was talking to a friend in response to his disappointment about the show. I agree w him.

You can make this into whatever you like, cause that's who we are now, I guess. I'm out

In other news, it's gonna be a beautiful day, I hope you look up from your keyboards and enjoy it ❤️