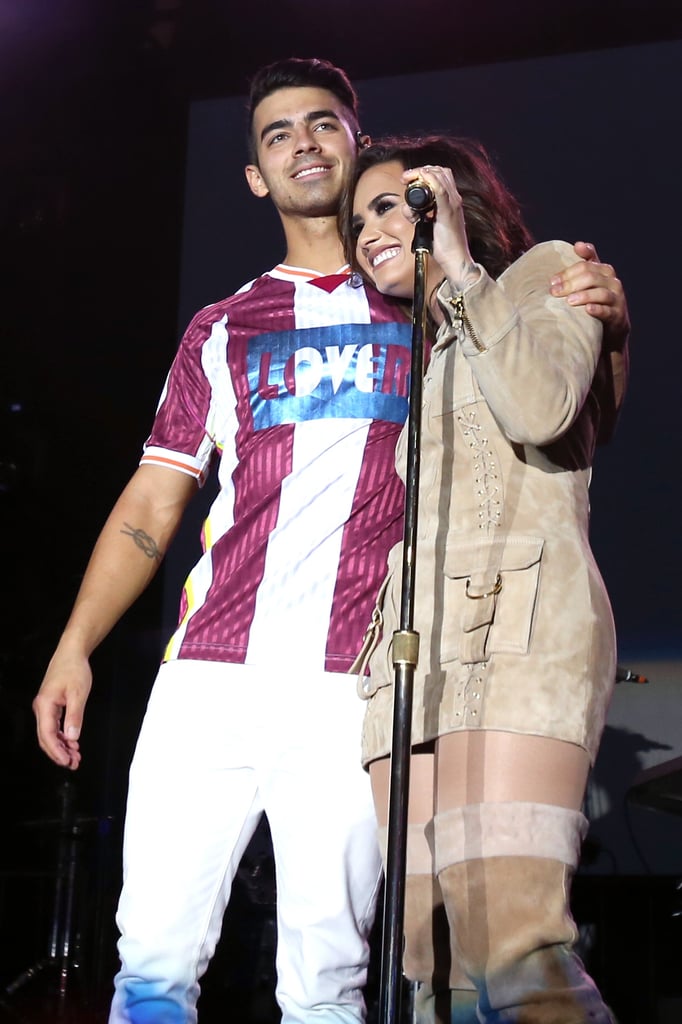 Few Disney Channel romances have captured our hearts like Joe Jonas and Demi Lovato's. The two first met in 2008 when they played love interests in the original movie Camp Rock, and their friendship has only blossomed in the years following. After sharing the screen once more in Camp Rock 2 and embarking on the Jonas Brothers's world tour together, the two decided to go from best friends to boyfriend and girlfriend in March 2010. Even though their relationship only lasted a few months before Joe called it quits, they have since put their past behind them and remained close friends. They've even shared the stage a few times to sing their epic Camp Rock duet "This Is Me." See how their friendship has evolved over the years ahead.