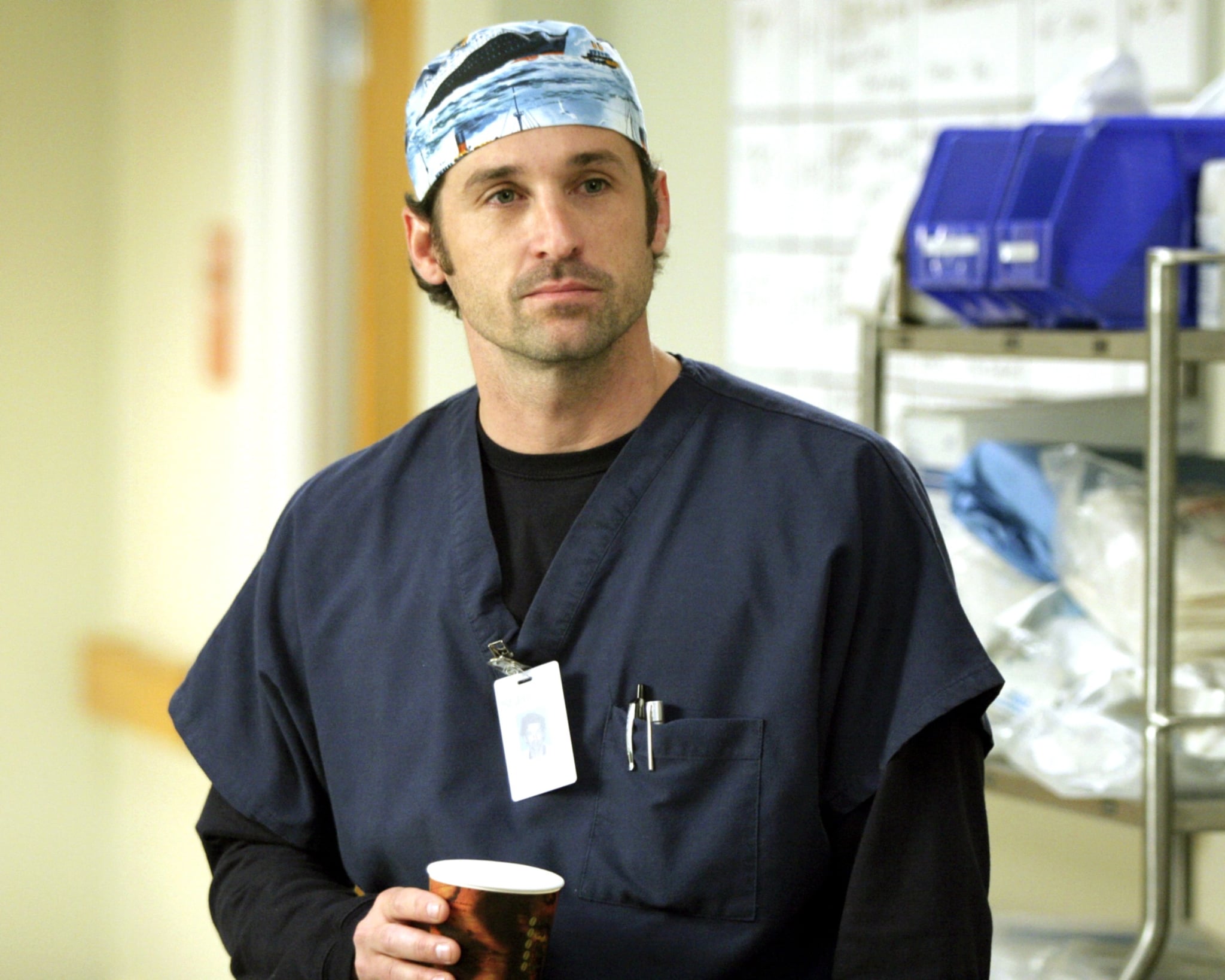 If you're still trying to process Derek Shepherd's death on Grey's Anatomy, you're not alone. It's clear many fans still haven't quite come to terms with the loss of one of the show's best doctors, so much so that they've been driven into the past to find answers. This week, Reddit user Saskatchewanbr pointed out an astonishing moment from the second episode of the entire series — a moment that almost seems inextricably linked to the moment we lose Dr. Shepherd for good.

In the scene in question, Derek and Meredith are tending to a rape victim who has slipped into a coma. Derek says to Meredith, "I have four sisters; if I were in a coma they'd all be here. I'd want them here." Now, as you might remember, Derek slips into a coma before his tragic death at the hands of a truck collision and inept doctors. Meredith notably does not call any of Derek's sisters; she deals with the whole situation by herself. This, of course, leads to quite intense friction with Derek's sister Amelia, who ends up taking Derek's place as head neurosurgeon. She feels clear and justified rage that she wasn't able to say goodbye to her brother.

Granted, it seems impossible that Derek's death had been planned since season one. Nevertheless, when his death was finally being hashed out, it's certainly possible the writers thought to pull a thread all the way back to this moment in season one episode two. After all, so much of Grey's Anatomy's current season has focused on its earliest episodes. Is it coincidence, or a perfectly and poetically orchestrated death? Let us know what you think, then look back at all the times Grey's Anatomy just understood you better than anyone.