Strictly Come Dancing's professional dancer Anton Du Beke has officially apologised following a claim in the News of the World that he said to his celebrity partner Laila Rouass: "Oh my God, you look like a Paki". Anton made the comment two weeks ago in a room full of people, after Laila received a spray tan ahead of the show. Laila, who has an Indian mother and Moroccan father, reportedly walked out. Anton has now apologised for his words, saying: 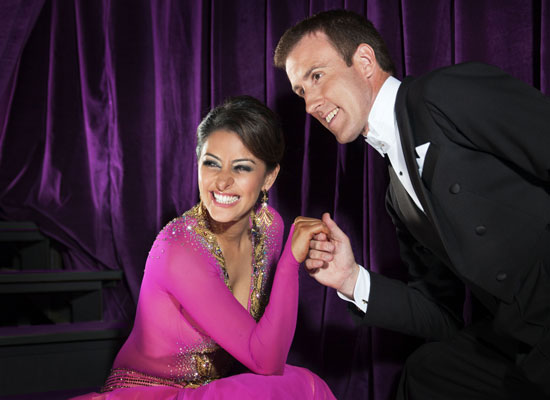 "I must say immediately and categorically that I am not a racist and that I do not use racist language. During the course of rehearsals Laila and I have exchanged a great deal of banter entirely in jest, and two weeks ago there was an occasion when this term was used between the two of us. There was no racist intent whatsoever but I accept that it is a term which causes offence and I regret my use of it, which was done without thought or consideration of how others would react. I apologise unreservedly for any offence my actions might have caused."

To find out what Laila had to say about Anton's apology, just read more.

Laila has accepted Anton's apology, saying: "It was a situation which happened that we have moved on from and I accept his apology. I'm really enjoying the show and dancing with Anton and hope we can go as far as possible in the competition." A BBC spokesman has also commented: "The BBC does not condone offensive language in the workplace." Laila and Anton are still in the competition, with Rav Wilding the latest contestant to be voted off.