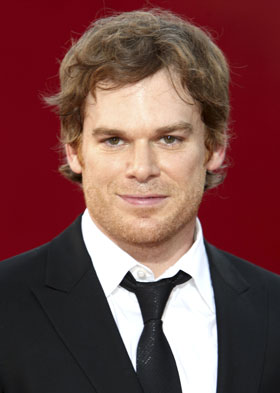 Michael C. Hall has revealed he's been battling cancer, but that he's been undergoing treatment for the disease and it is thankfully now in remission. The actor — best known for Dexter and Six Feet Under — has been treated for Hodgkin's lymphoma, and said this in a statement:

"I feel fortunate to have been diagnosed with an imminently treatable and curable condition, and I thank my doctors and nurses for their expertise and care"

Michael will be walking the red carpet at the Golden Globes this weekend, filming a fifth series of Dexter this year, and we wish him all the best in staying healthy now that his cancer is in remission.