Amy Winehouse and Leona Lewis are among the young (under 30) musicians making it onto the Sunday Times Rich List this year. Despite Amy's rollercoaster personal life, her talent for music is making her plenty of money and she's worth an estimated £10million. Leona's catching up fast thanks to her success in the US, with her fortune estimated at a whopping £6million already! 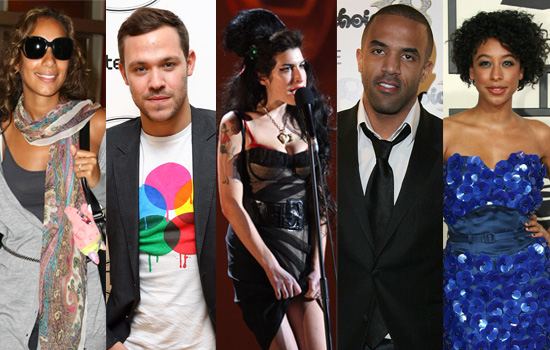 Topping the Young Millionaires list is George Harrison's son Dhani (£160mill), next comes violinist Vanessa Mae (£32mill), and three members of Coldplay who are worth £30million each. A lot of money, right? But when they add the music millionaires over 30 it all gets even more insane! Clive Calder, founder of Zomba records, hits the top spot with a net worth of £1.3billion, dwarfing Andrew Lloyd Webber (£750mill), Sir Paul McCartney (£500mill) and relatively poor David and Victoria Beckham who are in 20th place with £125million. I don't know about you, but all these numbers are making my head spin.

Young Music Millionaires (aged 30 and under)