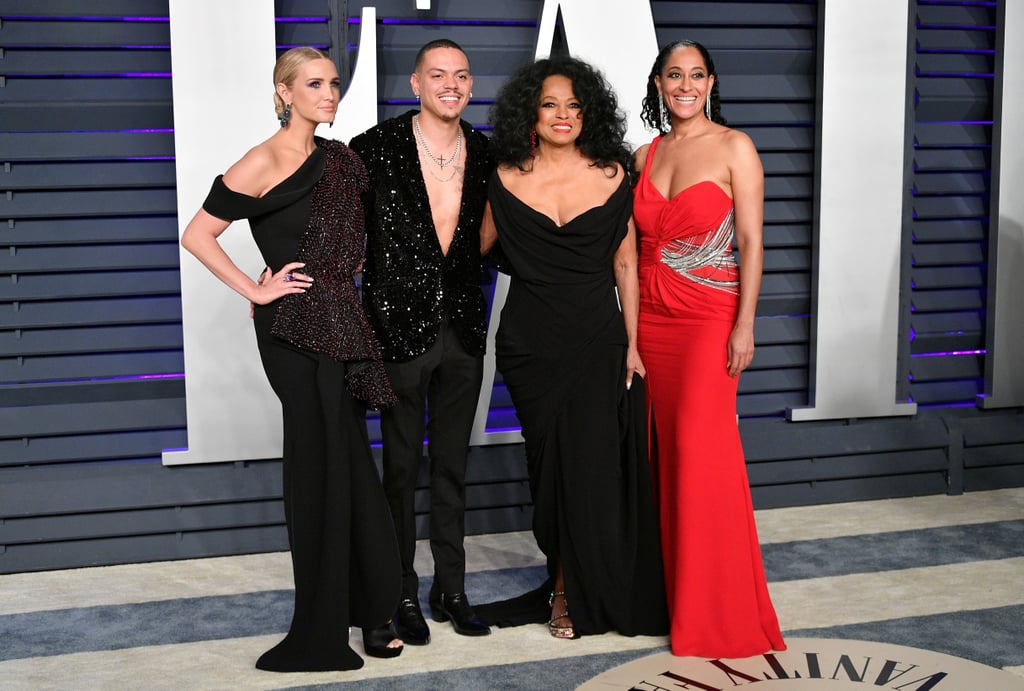 The Oscars may be over, but the party is just getting started! On Sunday, Diana Ross and her beautiful family stepped out together at Vanity Fair's annual bash. The 74-year-old icon was joined by 46-year-old daughter Tracee and 30-year-old son Evan, who brought his 34-year-old wife Ashlee Simpson. The brood was dressed to the nines and appeared to have the best time as they exchanged hugs and kisses on the red carpet. Between this and their last appearance at the Grammys, it's clear the Ross family is as tight as can be.

Nicola Peltz
Brooklyn Beckham Is Engaged to Nicola Peltz: "I Am the Luckiest Man in the World"
by Brea Cubit 19 hours ago

Birth Announcements
Olympic Sprinter Usain Bolt Is a Dad, and His Daughter's Name Is Absolutely Amazing
by Alessia Santoro 4 days ago