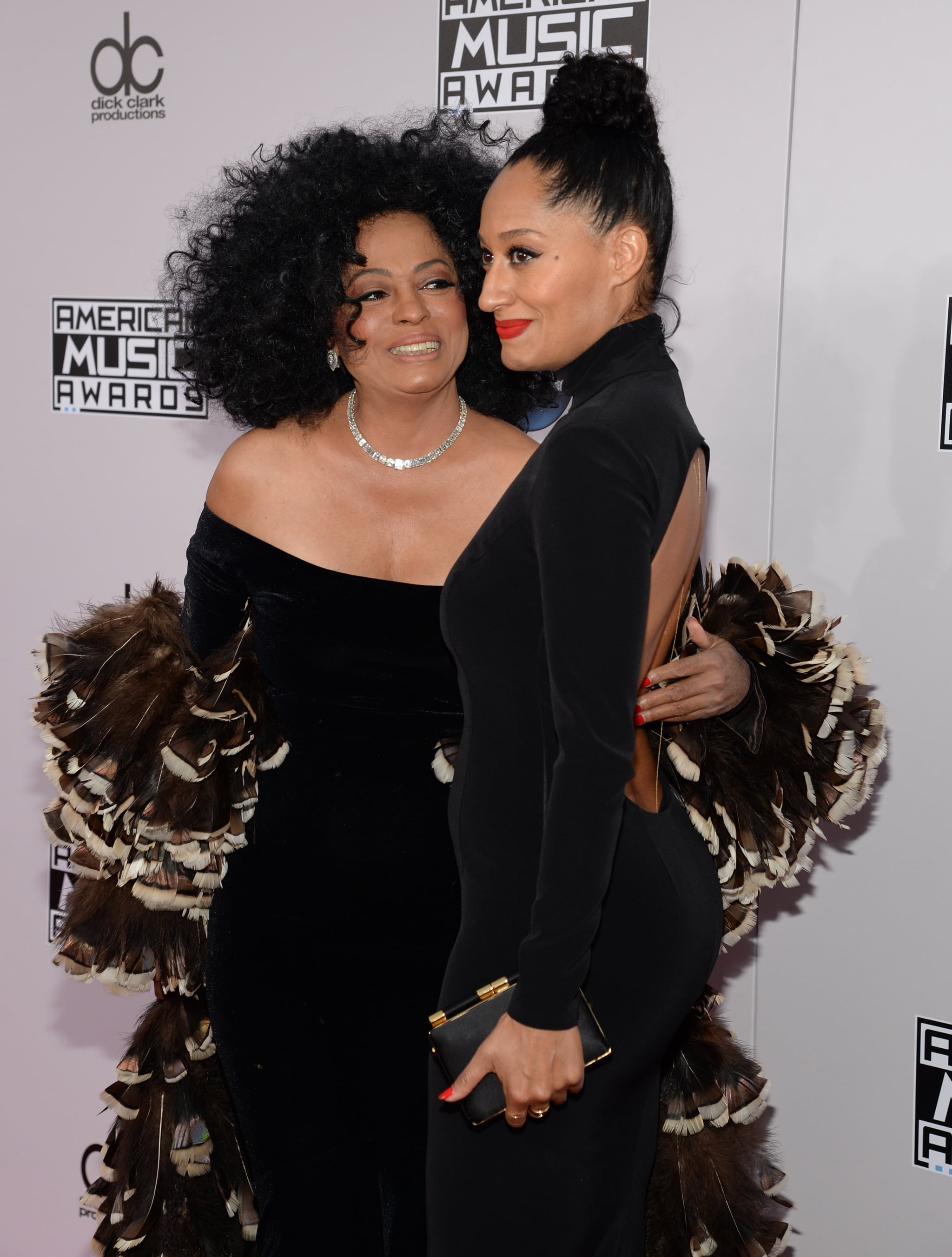 It's hard to imagine being embarrassed by your mum when your mum is Diana Ross. On Wednesday, Black-ish star Tracee Ellis Ross took to Twitter to share the adorable ad that her mum, Diana, took out in The Hollywood Reporter to congratulate her on her recent Emmy nomination — Tracee snagged a nod for outstanding lead actress in a comedy series for her role as Rainbow "Bow" Johnson. In the tweet, Tracee tagged her superstar mum as well as her siblings, sisters Chudney and Rhonda and brothers Ross Naess and Evan Ross, who is married to Ashlee Simpson.