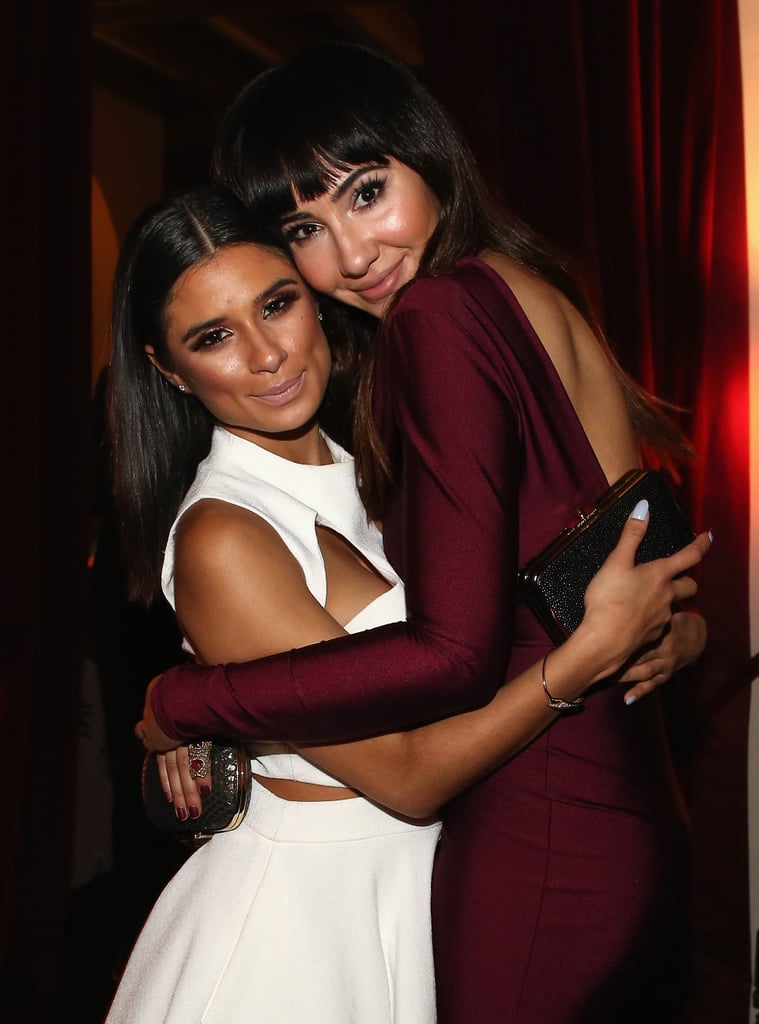 Having a group of friends at work certainly makes life a whole lot more fun, but sometimes you get along with your coworkers and sometimes you don't. In the case of Orange Is the New Black's Diane Guerrero and Jackie Cruz, or "Flaritza" (aka Maritza and Flaca), something definitely clicked. Much like their onscreen friendship, Jackie and Diane laugh together, party together, and get in trouble together — actually, we're not too sure about that last one, but you get what we mean.

The women first met on Diane's second day on set, which also happened to be the first episode Diane had ever worked on. "I was really awkward and didn't know what to say to anybody and didn't know how to, like, act on a proper set. I was quiet and fearing people would already think I was a b*tch because I was quiet. That whole 'if a girl is quiet' thing, or has a funky look, you think she's awful," she told Galore magazine in 2016. "So I'm already thinking everybody hates me. You want people to like you! So I saw Jackie came in and she was very happy and kind of didn't have a lot of that sh*t that I was carrying on my shoulders, and she just looked really friendly and I went up to her."

Jackie also said it "felt like the first day of high school," adding, "Some people knew each other, but I didn't know anyone. I had seen Diane the first day we went in and I was getting my makeup done, and she walked past me and I looked at her, like, she's really cute, and it started from there." In honour of their adorable friendship, take a look at their cutest moments together.