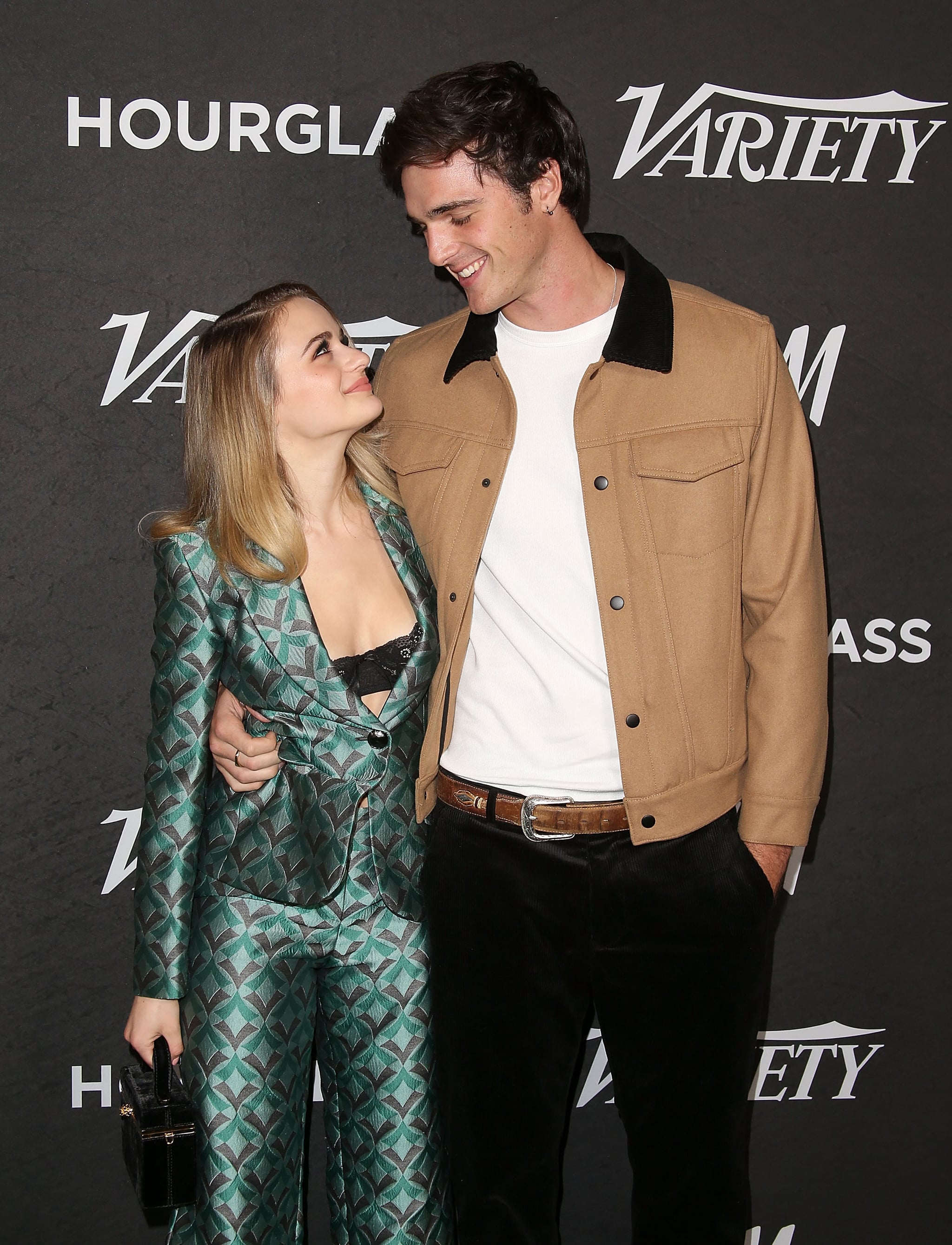 Well, Kissing Booth fans, we're definitely getting a sequel to the Netflix movie sometime soon, but it looks like the romance between the movie's two stars, Joey King and Jacob Elordi, is pretty much done. While neither actor has said anything definitive about the relationship coming to an end, all signs point to a breakup.

The two met in 2017 when they started filming The Kissing Booth, and we can only assume sparks flew from there. However, in a recent interview with Refinery29, Joey makes it pretty clear that the relationship is no more. "All you can really do at that point is shut your phone off and crawl into your sister's bed and watch Friends with her, because when you're going through something and the world wants to go through it with you or [wants] to get every piece of detail from you about it, it's really difficult. Some of these things are just meant for you," she said of the apparent breakup.

Related:
Jacob Elordi Does a Great American Accent in The Kissing Booth, but He's Not From the States

We'd been able to piece together a pretty good timeline of their relationship, thanks to the help of Instagram, but both Joey and Jacob went on a bit of a deleting spree, probably when the relationship went south. (We've all been through that emotional roller coaster.) Joey and Jacob, while in the height of their romance, posted pictures of each other on Instagram often, but a look at Jacob's account in its current stage tells a whole different story. He only has nine photos and not a single trace of Joey to be found.

While Joey still has a few photos of Jacob on her page, you have to scroll way, way back through her feed to find them. Joey even mentioned to Refinery29 that part of what made the breakup so hard was the fact that the two had been so openly gushy about each other on Instagram, so when photos started getting deleted and no new ones were showing up, it was painfully obvious to fans that something had gone wrong.

The two also haven't been seen together in public in months, which is unusual for them because they often could be seen hanging out or on a red carpet together. The last time we saw the two together at an event was at the Variety Power of Young Hollywood party in August 2018. There, they still looked happy and loved up! But oh how times can change — and quickly.

Related:
Joey King Shaved Her Head, and She Thinks Every Woman Should Do It "at Least Once"

We have yet to see how Jacob and Joey will fare in The Kissing Booth 2 — both on screen and off — but we're hoping for the best all around. And by the best, we mean a happily ever after for the onscreen characters and a peaceful working environment for Joey and Jacob while filming, because we all know how difficult it can be to be around an ex!

Who knows what it was that brought this relationship to an end, but we're glad we got to be bystanders to all the couple's sweet moments while they lasted. We're going to do exactly what Joey herself plans to do about the breakup, too: "I think that the best way to make it go away is to just not acknowledge it," she told Refinery29. So that, as they say, is that.