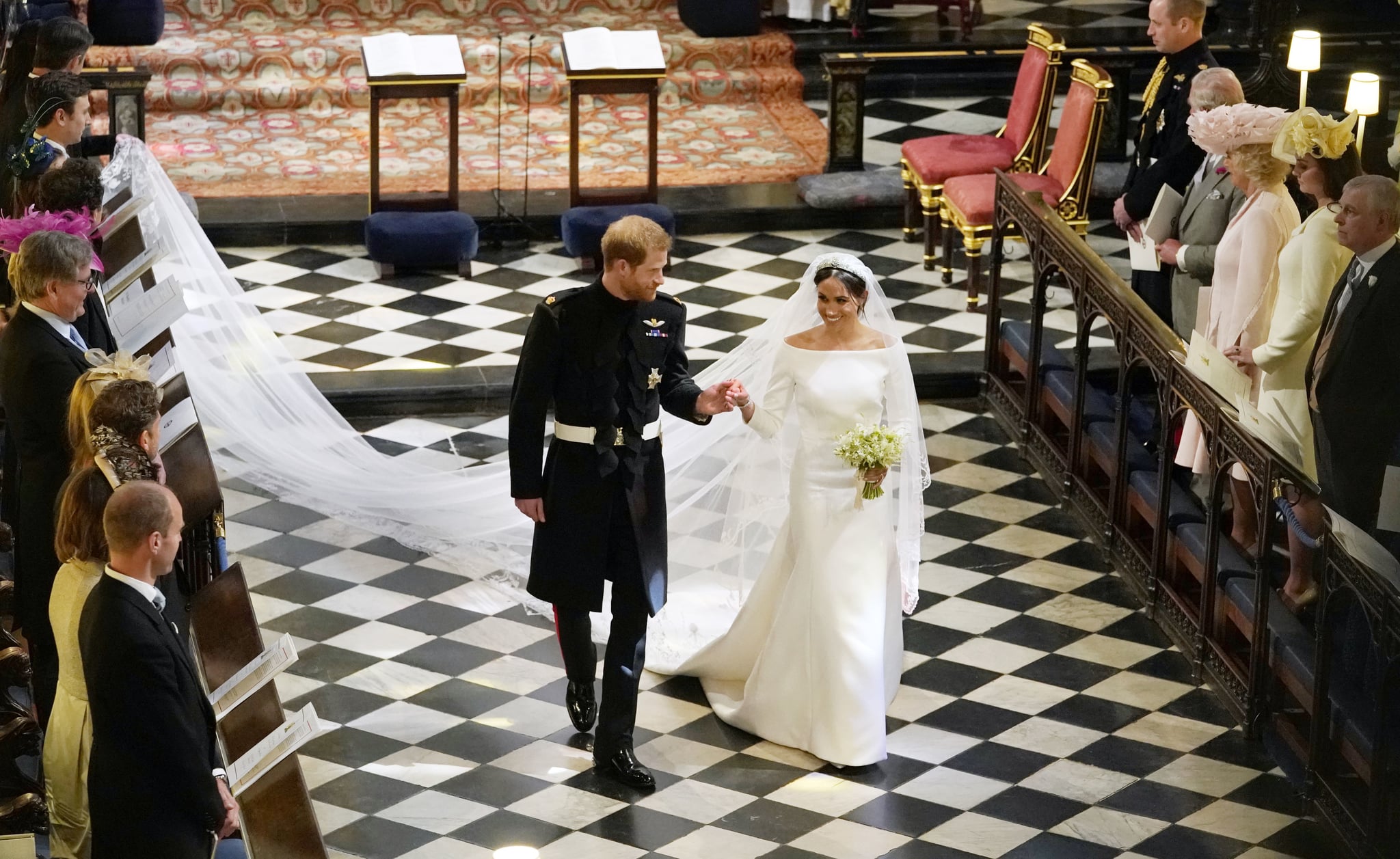 Prince Harry and Meghan Markle are officially a married couple! In case you haven't heard, the happy duo tied the knot at St. George's Chapel in England on Saturday, May 19, and we're still swooning over the stunning photos. What the newlyweds did after the wedding, though, had some viewers questioning if Meghan forgot to curtsy to Queen Elizabeth as she made her way up the aisle with her Prince.

To be fair, Harry did admit nerves were running high during the ceremony. So, was royal protocol — which says Meghan has to curtsy to the Queen — really broken? Not so fast. As another eagle-eyed viewer watching at home pointed out, the effects of TV editing are to blame for the confusion. "Here is the bow/curtsy, which you can barely see because some genius decided on a wide shot," the user tweeted along with a video to prove it.

Here is the bow/curtsy, which you can barely see because some genius decided on a wide shot. #royalwedding pic.twitter.com/tBszb91Whn

Related:
Yep, the Reactions to the Royal Wedding Are As Hilarious As You'd Hope

Case closed. Now can we talk about how Harry and Meghan looked like a real-life Barbie and Ken at their wedding reception? Congrats again to the newlyweds!

The Royals
Meghan Markle Hinted at Her Due Date, and the Baby Will Be Here in No Time!
by Murphy Moroney 13 hours ago

The Royals
Meghan Markle Shared That Archie's New Favourite Word Is "Hydrate," and Talk About Advanced!
by Murphy Moroney 13 hours ago