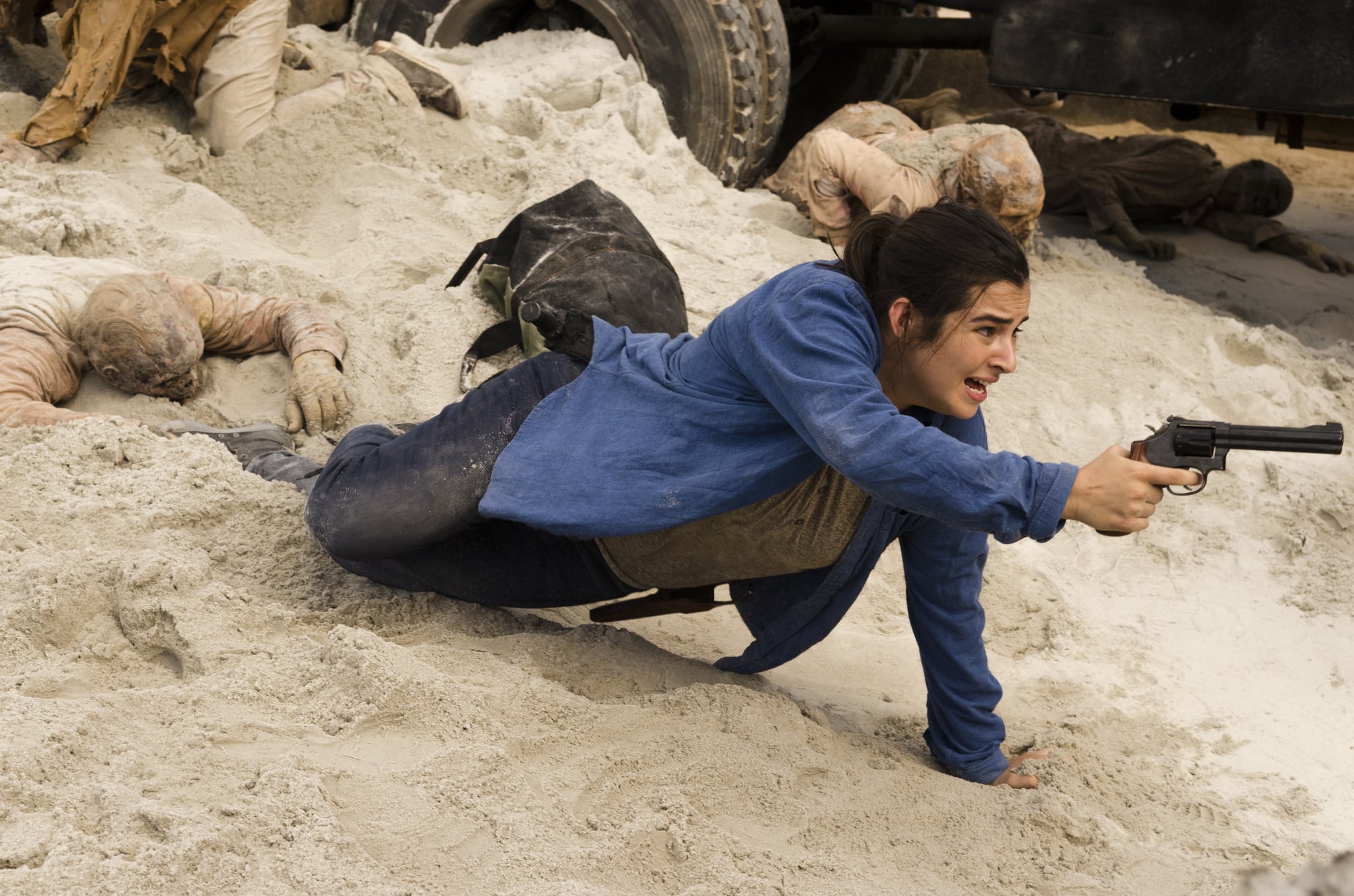 Another week, another frustrating single-story-focused episode of The Walking Dead. This week got us all caught up with Tara and Heath's "supply run." And, well, I don't know about you, but I totally forgot said supply run was a thing in the first place. Anyway, we spend the hour following Tara as she makes her way through a new beachfront community, which seems far, far away from the Saviors, and their Sanctuary, and of course, Negan. But as we've come to learn in the past handful of episodes, Negan is everywhere. The more obvious nod to his presence comes through dialogue, but did you catch the more subtle nod near the beginning of the episode?

Here's what happens: Heath and Tara get in an argument in the camper. Heath wants to go back to Alexandria, because even though they're empty-handed, it's been two weeks. Tara wants to continue searching for much-needed supplies. After going back and forth a little longer — and making it clear that they're not even aware of Denise's death or the nightmare murders of Glenn and Negan — they get ready to go out for one more day. That's when Tara grabs her gun and examines a pretty conspicuous carving on the handle.

It shouldn't take more than a second to realise it's a carving of Lucille, which means this gun once belonged to Negan. If you're thinking it's the same gun Carl has near the end of season six, it's not. That said, Carl's gun and Tara's gun do both come from that same Savior outpost raid that Rick and his crew carry out. Basically, we need to remember that Tara and Heath leave for their supply run straight from that event. That's why they don't know anything about anything, and it's also why this particular gun isn't part of the "inventory" Negan uses to account for all his weapons back at Alexandria. And, of course, that's why it looks so similar to Carl's, but actually isn't.

It's worth noting that, in the depths of season seven, the "Lucille" carving has taken on a new kind of significance. When we see it on Carl's gun back before Negan's entrance in the season six finale, it's more like an omen, a foreboding symbol of the horror on the horizon. In the wake of all that, though, it's become more like a grim reminder: Negan is everywhere, even when you can't see him. You may think you've avoided him or outsmarted him, but he's always one step ahead. Basically, Tara and the Oceanside community better watch out.