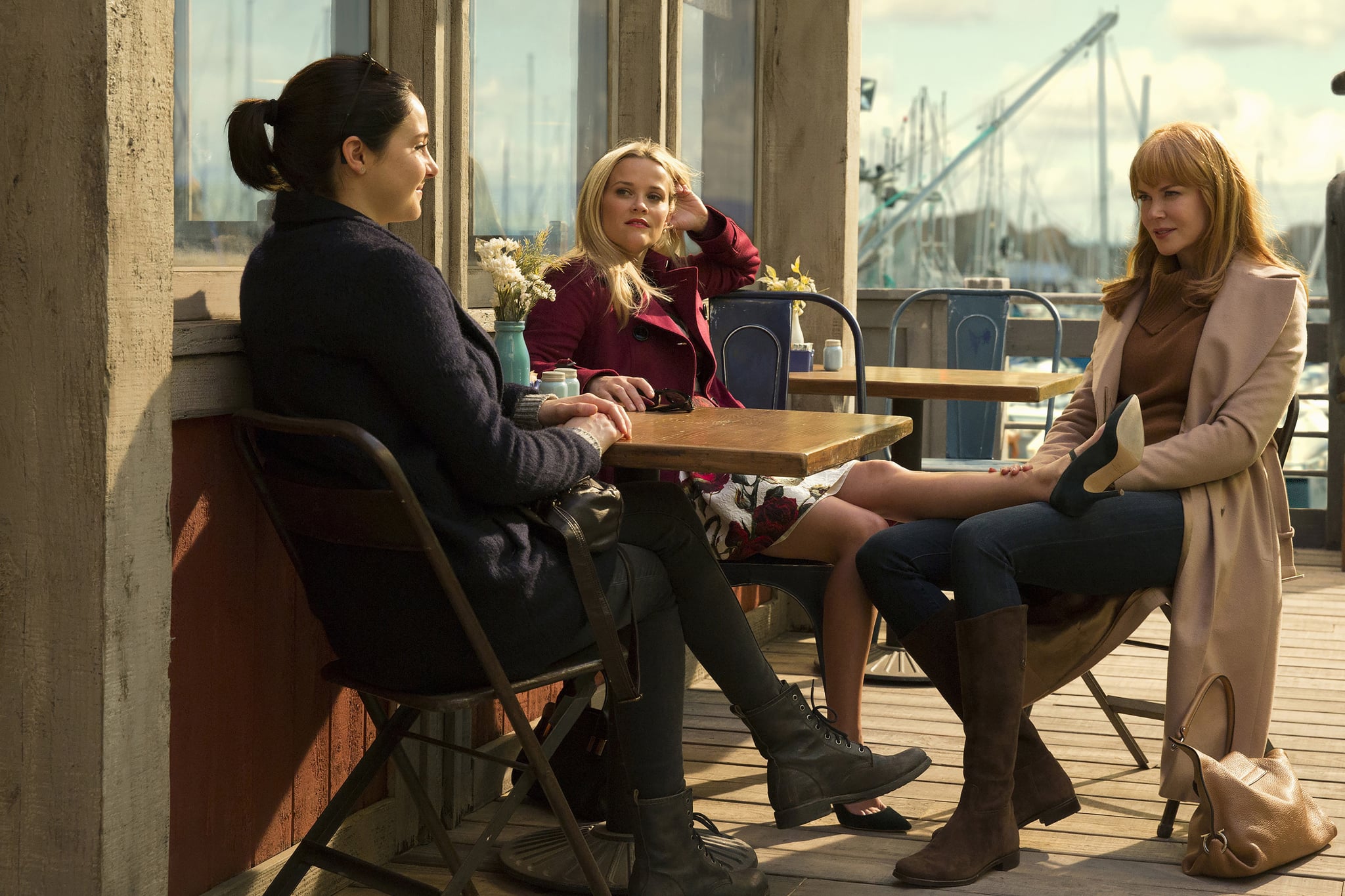 When news broke that HBO was taking the reins in adapting Liane Moriarty's beloved mystery novel Big Little Lies, many wondered how the resulting miniseries might turn out — would the casting be on point? Would it still take place in Australia? Would the story still end with a shocking, twisted death? After watching nearly the entire season, we can confirm that the show is not only exceptionally entertaining but also mostly faithful to the book. There are some key differences, though, which range from fairly minor to pretty major.

1. It's no longer set in Australia.

Perhaps the biggest difference is that Big Little Lies has been uprooted from the small, coastal Australian town of Pirriwee to posh Monterey, CA, though the core story is still the same: Jane Chapman (Shailene Woodley) moves there with her son, Ziggy, from Santa Cruz to start a new life. Monterey is also a seaside town, and each episode is full of gorgeous ocean shots and lush, green and blue tones. Celeste Wright (Nicole Kidman) might have been the only one with real wealth in the book, but in the TV show, everyone who lives in Monterey (with the exception of Jane) also seems to have boatloads of money, which you can't miss thanks to the reels and reels of house-porn footage we're treated to in each episode (seriously — everyone who lives there has an oceanfront mansion?!).

2. Pirriwee Public gets an update.

Pirriwee Public is the school at the root of all of the events that go down in the novel, but in the show, it's Otter Bay Public. Don't worry, though, because there's still just as much (if not more) drama between the kindergarten parents and teachers at the ritzy public school to keep you entertained. The only big thing to note is that the vicious "Blond Bobs" (a group of rude, gossipy kindergarten mothers with matching haircuts) didn't make it into the show (Harper is still there to cause trouble, only she does it with long, brown hair).

3. Madeline doesn't have a son.

Incredibly girlie and dramatic, Madeline Martha Mackenzie (Reese Witherspoon) makes for one of the book's most interesting main characters. She's married to Ed (played by Adam Scott in the miniseries), and on top of her daughters, Chloe and Abigail, she also has a mischievous son named Fred. Unfortunately for him, his character doesn't exist in the miniseries.

4. The book's fringe characters are more fleshed out.

Renata Klein is a high-powered career woman and mother of a little girl in Ziggy's kindergarten class at Pirriwee Public and also Madeline's main nemesis throughout the book. We only ever view her through the eyes of the book's main three characters — Jane, Madeline, and Celeste — but she gets a big makeover in the show. Laura Dern plays her, and she's a major character with her own backstory and scenes that make her a much more sympathetic figure, cluing us into her motivations and family life. Ed, Nathan (Madeline's ex-husband, played by Revenge's James Tupper), and Bonnie (Nathan's chill, yogi wife, played by Zoë Kravitz) also get more time in the spotlight. This works to varying effect, since you might find yourself itching to get back to the main drama surrounding Jane, Madeline, and Celeste in the scenes focusing on the others. Overall, it gives us a much more well-rounded set of characters.

Related:
Nicole Kidman Opens Up About Working With Zoë Kravitz After Almost Marrying Her Father

5. Madeline's job with the community theatre is a big part of the show.

In the novel, Madeline references her part-time job helping out in the marketing department of the local theatre a few times in passing, but we don't really get to see her in action. The show turns that small part of her life into its own full-blown storyline, with her fighting against fellow kindergarten mum Renata for the right to put on a controversial production of Avenue Q.

6. Ed and Madeline's relationship is much more strained.

Although Ed and Madeline seemed to be comfortable in their suburban family rut in the book, their marriage faces quite a few more ups and downs in the miniseries. Scott and Witherspoon work well together on screen and really sell the rougher, realistic bumps their relationship stumbles over, but any fans of their loving romance in the book might come away from the show disappointed.

7. Madeline is having an affair.

Madeline's affair with Joseph, the director of the Avenue Q production, never happens in the book. Naturally, neither does the car accident they get into or Joseph's insistence that they leave their spouses so they can be together. "I didn't have anything to play but perfection, and I just think those people who are perfect [are] all full of sh*t," Witherspoon, who executive produced the show, explained to Variety about her character's new story arc. "[The change] mainly came out of me not having anything to really put my teeth into. I think there's something fascinating about a person who projects perfection or is very judgemental of others who is clearly just swimming in their own discontent."

A subtler change to the show is that it's just a little bit harder to hate Perry (Alexander Skarsgard) for abusing Celeste. He comes across as much more fragile and willingly attends therapy with his wife to try to work on their marriage (in the book, Celeste sees a therapist solo). During their session with the therapist, it genuinely seems like he wants to change, even if it soon becomes clear that it's impossible for him.

In the book, Bonnie confesses to having pushed Perry over the edge, and receives community service for the kind-of-sort-of accidental death. There's also a subplot about her having grown up with an abusive father, which explains why she so easily snaps when she sees the scuffle.