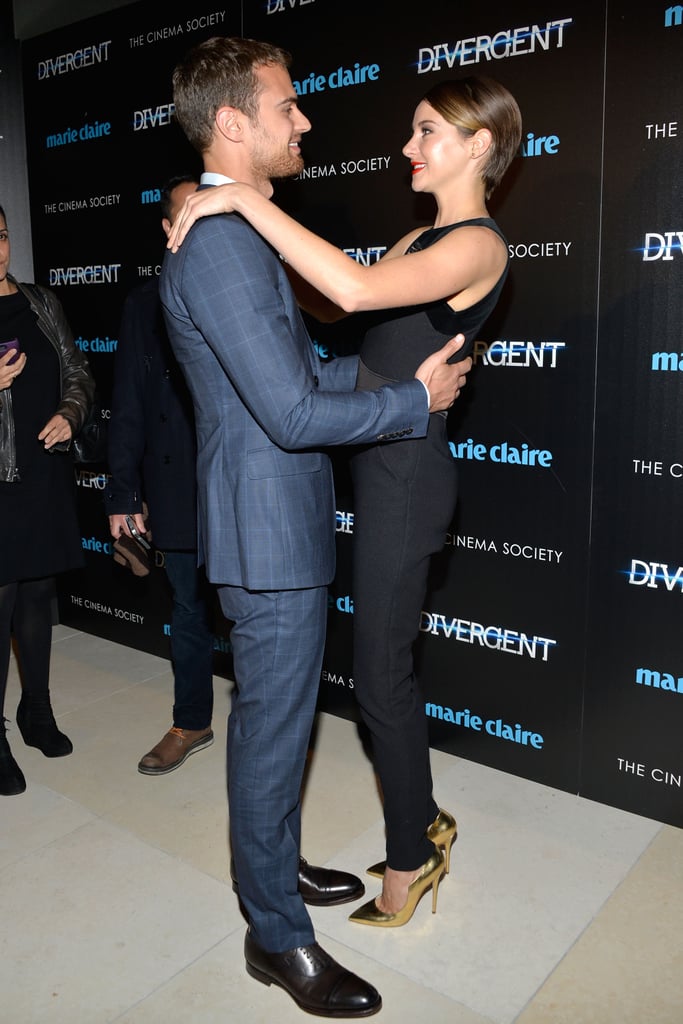 Shailene Woodley and Theo James were among the many stars at Thursday's screening of Divergent at NYC's Hearst Tower. Shailene wore a black sleeveless jumpsuit and gold heels for the big night, while Theo stepped out in a navy suit, and their costar Ansel Elgort kept things casual in a varsity jacket. The group's buzzed-about film hits theaters on Friday, and earlier this week, the cast chatted with us at the LA premiere. During an interview with Shailene, the actress told us that she saw a lot of George Clooney in Theo, and Kate Winslet answered an important question: Theo or Leo? Keep reading for more pictures from the NYC premiere!