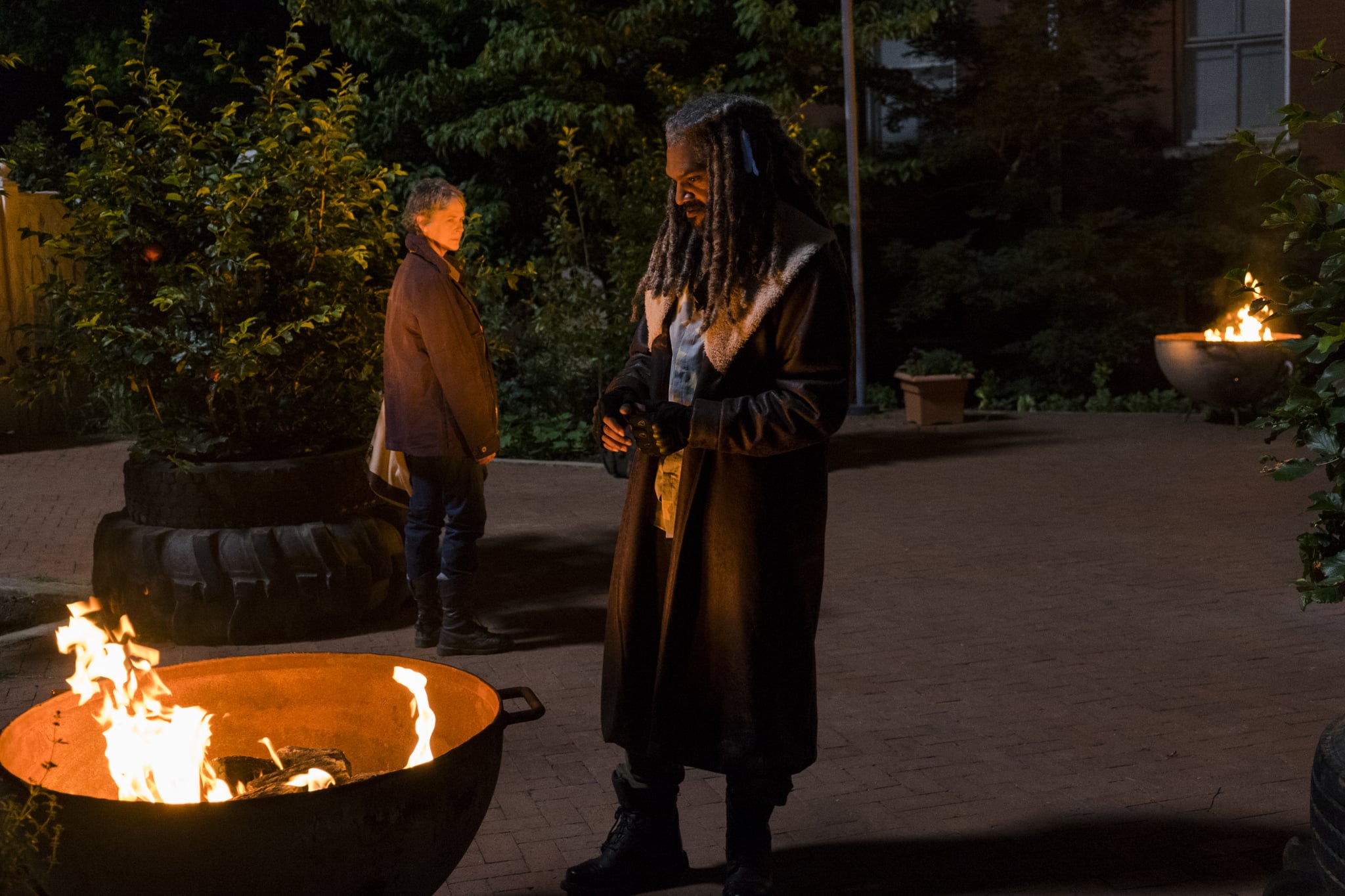 While the season seven premiere of The Walking Dead packs a few major wallops, episode two is relatively calm. I won't say it's boring, because we catch up with Carol and Morgan and get to see the infamous Kingdom and its ruler: King Ezekiel. Whether you're familiar with Ezekiel's role in the comics or not, you may have been surprised to see the subtle beginnings of a potential romance between the regal new character and Carol. As we see in the episode, Ezekiel reveals his true self to her, explaining that people need a leader and he became one for them. He allows her to leave the confines of The Kingdom and live on her own in a house on the outskirts, later bringing her a pomegranate and posing playfully on her doorstep. Their interactions alone suggest a future romantic connection, but considering how the comics play out, it's even more likely.

That conversation Ezekiel and Carol have by the fire? In the books, he has it with Michonne. What's more is that during the "All Out War" storyline (the battle that eventually erupts between Rick's people and Negan's gang), Michonne and Ezekiel are sleeping together. After the war, they become an official couple but eventually break up. Here's the thing: in the books, Rick and Michonne are never romantically involved like they are on the show. Furthermore, Carol dies early on in the books, so she doesn't make it to The Kingdom. 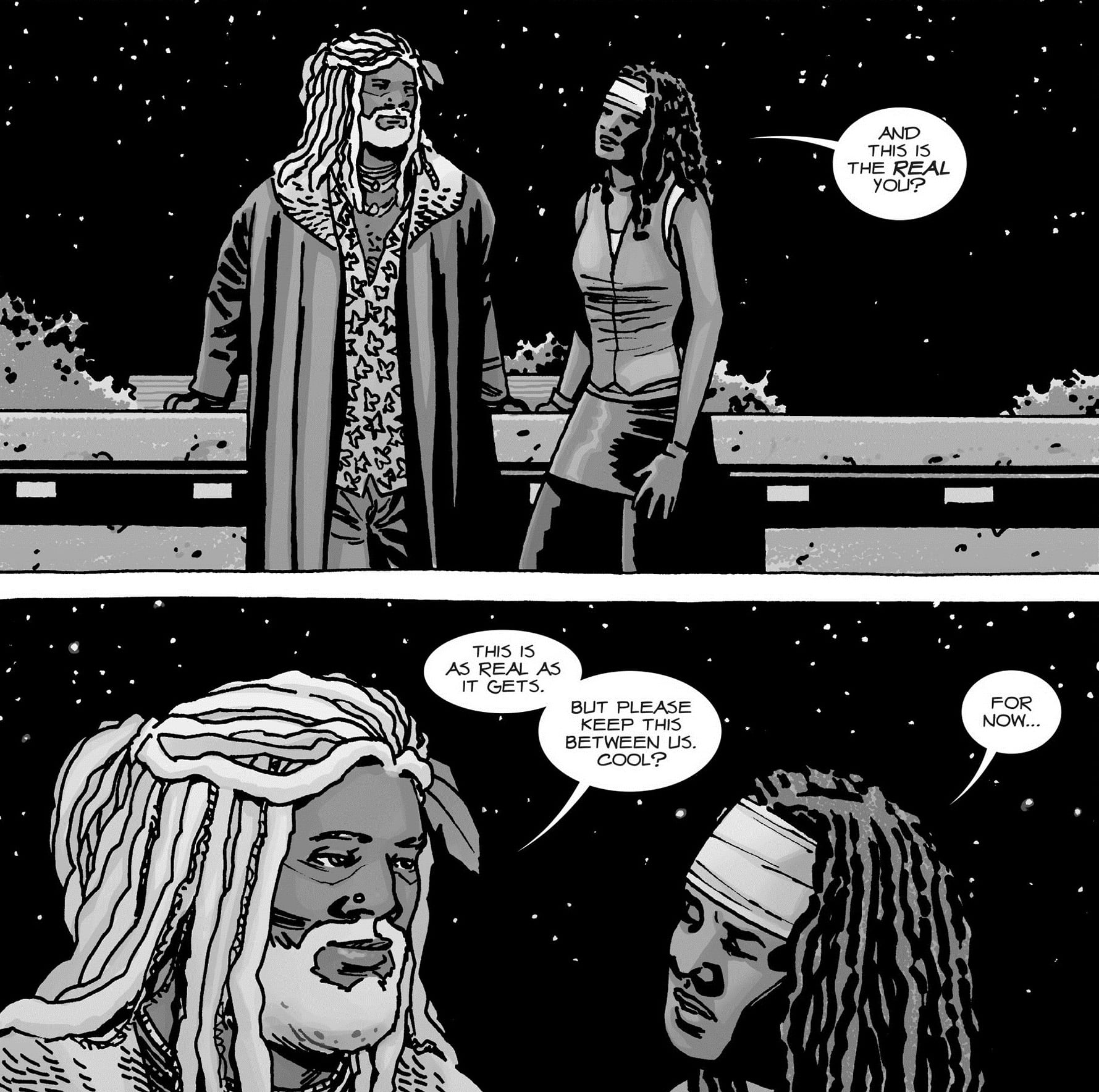 So while we're in uncharted waters on the show, you can also see how the writers may be trying to give Ezekiel a similar storyline but with a different romantic interest. Since Michonne is with Rick (romantically as well as physically) right now, Carol is her substitution as a companion for Ezekiel.