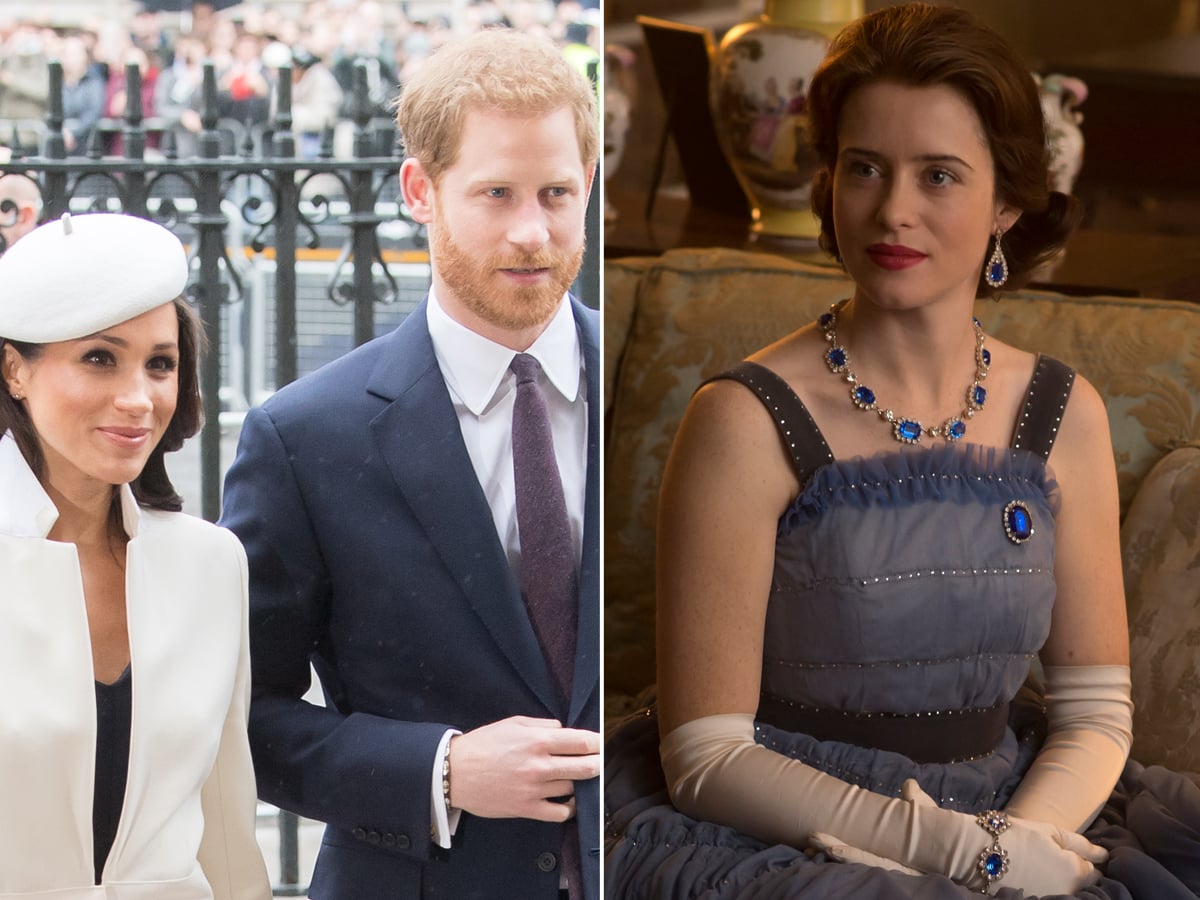 The Crown, Netflix's most expensive series, offers a fascinating look at the British royal family and Queen Elizabeth II's rise to power. There's scandal; there's intrigue; there's Matt Smith with a rugged beard. But do members of the royal family watch the show? The queen herself is reportedly a fan — and it looks like she's not the only one. Prince Harry and Meghan Markle like to cosy up at home and watch The Crown, according to royal expert Katie Nicholl. (Side note: where does one go to school for that career? Does having a news alert set for Prince Harry count toward a degree?)

The tidbit about the engaged couple's Netflix habit emerged in an excerpt of Katie's upcoming book, Harry: Life, Loss, and Love, that appeared in The New York Post.

How we would love to be a part of Meghan and Harry's binge-watching sessions. Can you imagine the conversations they have? We have thoughts (so many thoughts) about the show, and we're not even remotely related to the events happening on screen. What parts do they find overdramatized? Do they also get annoyed when Netflix asks them if they want to keep watching?

While Meghan and Harry have not publicly spoken about The Crown, the stars of the show have weighed in on the couple's engagement.

Claire Foy and Matt, who play Queen Elizabeth and Prince Philip, respectively, discussed the couple during a talk at the 92nd Street Y in New York in December 2017. Matt said he felt sorry for Meghan.

"It's such a transition in her life, and it's such a huge thing to take on. Life as she knows it is gone," he said. He then added, "But hey, she's marrying the prince of Britain — how exciting for her."

Related:
If Meghan Markle Has Tattoos, Here's Why We'll Never Know About Them

Claire had a decidedly more positive take on Meghan's future in the royal family. "You realise the fact that Elizabeth forbade her sister from marrying a divorced man; it goes to show how time has changed and how they've had to evolve," she said. Fifty years ago, Meghan wouldn't have been able to marry into the royal family because she had been divorced. "I think that's why the monarchy will survive, and thrive, because it's willing to change and listen to the people and realise that some elements of the institution are outdated and unnecessary," Claire added.

A producer on the show said he would be down to have Meghan appear on the show as herself, according to Variety — though we imagine she will decline, as she has retired from acting. (We have some thoughts on who could play her instead.)

Meghan and Harry's nuptials will take place on May 19.