It's being reported that MTV will announce that Russell Brand will host the MTV Video Music Awards 2009, despite the controversy he caused last year when he took the hosting gig. He will be the first host to take the reins of the show for two years in a row! The awards are due to take place at Madison Square Gardens in September, apparently with a West Side Story theme, but do you want to see Russell host the show again? Or did his digs at the Jonas Brothers last year make you think he doesn't deserve the job? Let me know! 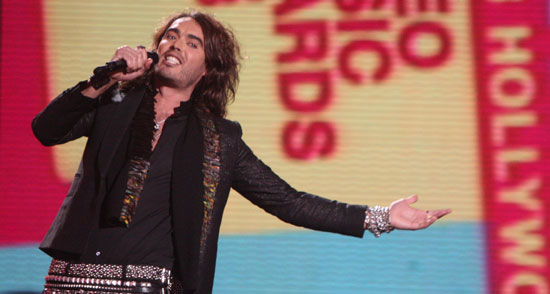 Award Season
I Love Olivia Rodrigo's Commitment to Y2K Trends, Butterfly Clips and All
by Kelsey Garcia 1 week ago