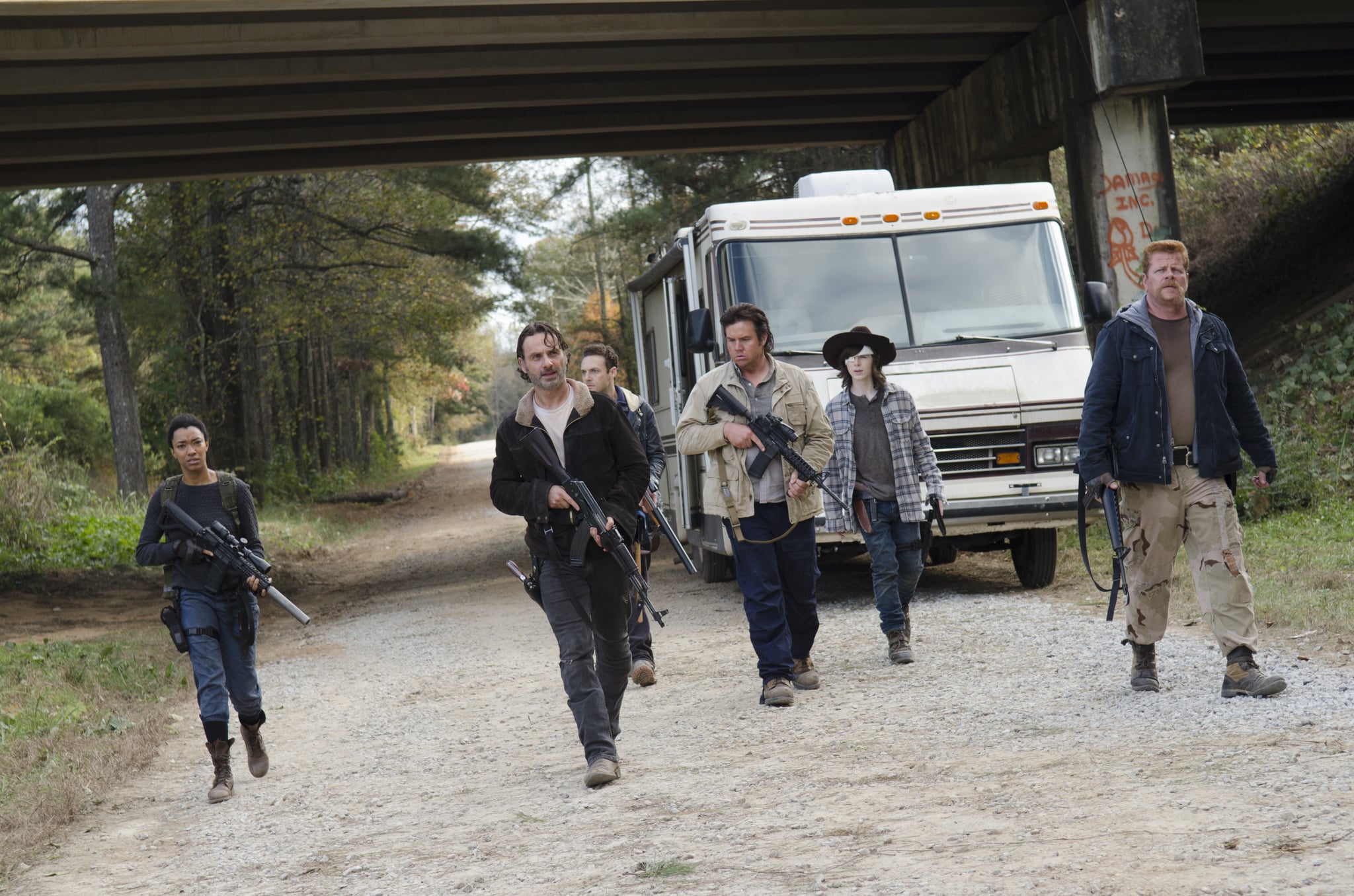 The Walking Dead's sixth season finale was a tense, bloody affair that had fans up in arms for one very specific reason: we still don't know who Negan beat to death in the final, brutal seconds of the episode. Was it Daryl? Or Glenn? Did Abraham get an up close and personal meeting with Negan's barbed-wire-wrapped bat, Lucille? Even though the show had been teasing the death of a beloved character for weeks, the writers purposefully kept this big reveal as ambiguous as they could, shooting the death from a first-person perspective and cutting off the episode before any clues as to who died could be discerned.

Regardless of which one of our heroes died, there seems pretty obvious characters from that scene who didn't — Carl and Rick. In addition to comic-book Negan's moral code of not harming women or children (note: there has been no indication that his TV incarnation will follow the same rules), which would likely exclude Carl from the violence, the new villain says one line in particular that hints at their survival. Right before he bashes in the brains of the unlucky character with Lucille, Negan tells everyone to stay still, and if they don't, "Cut the boy's other eye out and feed it to his father."

On top of that, showrunner Scott M. Gimple acknowledged the uniquely friendly relationship Carl and Negan have in the comics in an interview the day after the finale aired, hinting that there's still plenty more to the youngest Grimes's story:

"It may be very brief but we will absolutely see them have a pretty intense moment. There's going to be a bit of remixing and there may be another character involved who takes some of it. That relationship will be absolutely shown. Whether it's with Carl or not, I can not say. But I absolutely want to explore Negan having that kind of respect for someone, which is the hallmark of that relationship."

It doesn't take a die-hard TWD fan to tell you that the zombie drama has taught its viewers to expect the unexpected, so there's always a chance that that line, or Gimples quotes, were specifically made to throw people off. Negan could easily have cut Carl's eye out before killing him or his father in that final scene. Still, it seems highly unlikely that anyone from the Grimes family met their end in "Last Day on Earth." The finale was as divisive as they come (just ask the fans), so check out what the creators had to say about it.