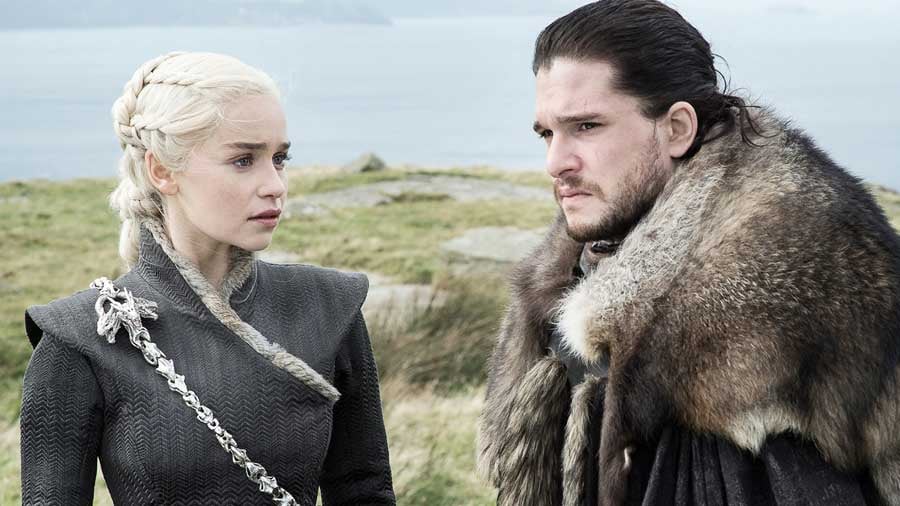 It may seem as though there are only two people left vying for control of Westeros on Game of Thrones — Daenerys Targaryen and Cersei Lannister — but there's another claimant to the Iron Throne who doesn't know it yet: Jon Snow. His claim is actually stronger than either of the two women currently waging war. Let's examine what we know.

Cersei's claim is by far the most tenuous of the three. She basically only holds the Iron Throne because of her military grip on King's Landing and willingness to do things like use wildfire to burn down the Great Sept of Baelor with hundreds of people inside, including Queen Margaery.

Yes, Cersei's two sons were both kings, but they never really had any right to the throne because they weren't King Robert Baratheon's true sons. 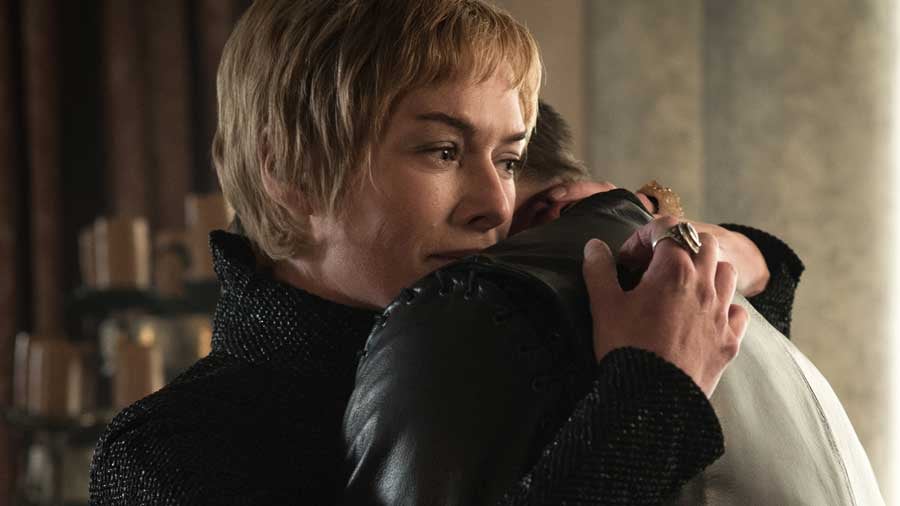 Rather hilariously, the Lannister who has a greater claim to the throne than Cersei is Jaime. Redditor webby131 did a rather thorough examination of the Baratheon family tree and discovered that King Robert's ancestor Elyanna married Mathin Lannister. Their living heir is actually the High Lord of House Lannister, who right now happens to be Jaime Lannister. He's no longer in the Kingsguard, so there's nothing saying he can't be king, except . . .

Robert's rule came about through a rebellion, so one could argue that his house doesn't actually have a right to the throne. If you take that claim, House Targaryen actually still holds the right to the Iron Throne. With Mad King Aerys's two sons dead with no living heirs (that anyone knows about), that leaves Daenerys as next in line to the throne because, as in medieval England, women only inherit if there are no males in their family ahead of them in the line of succession, therefore women are able to rule if they have no surviving brothers and their brothers left no surviving heirs.

But here is why Jon Snow has a greater claim to the Iron Throne than Daenerys.

Jon Snow is actually a surviving male heir of Mad King Aerys. His father is Prince Rhaegar, but since Rhaegar and Rhaegar's other son Aegon are both deceased, Jon Snow is the rightful ruler of the Seven Kingdoms in the Targaryen line of succession.

There is, however, one sticking point the show has not explored yet: whether Aegon is still alive. In the most recent Song of Ice and Fire book, A Dance With Dragons, Tyrion meets a young man claiming to be Aegon Targaryen. He claims Varys had switched the babies so many years ago, and the infant killed in the Sack of King's Landing was a baby whose mother died in childbirth. 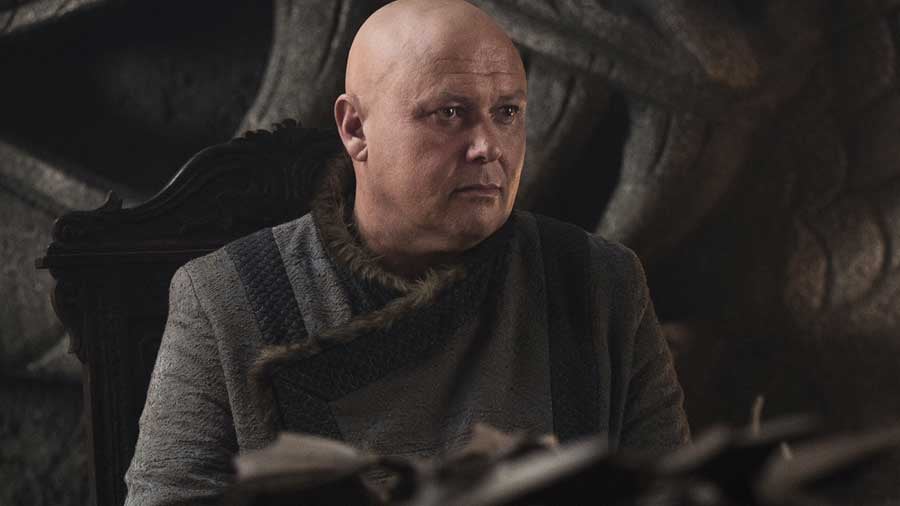 The real baby Aegon would have then been smuggled out of Westeros and raised by an adopted father. In the book, Aegon now wants to return to Westeros and claim the Iron Throne. His claim would most certainly trump both Daenerys's and Jon's claims if he could prove he is really Aegon.

However, the TV series has chosen to omit this plot thread thus far, so perhaps it is another of George R.R. Martin's red herrings and not important enough to the overall storyline to be worth including on the show. Or maybe after the White Walker army is defeated, the show will actually introduce this man claiming to be Aegon and we'll have another person vying for the Iron Throne!