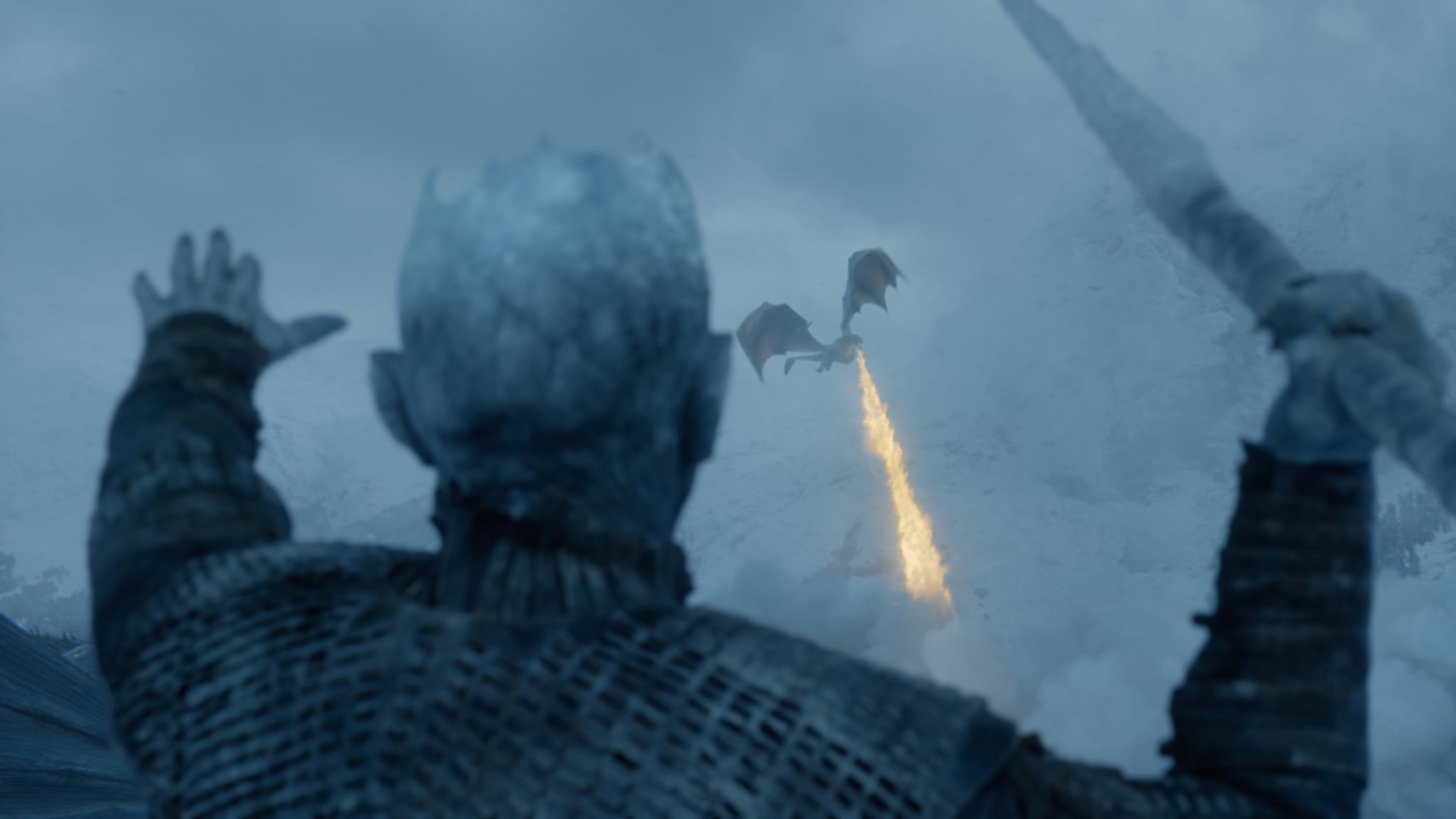 Game of Thrones season seven's thrilling sixth episode, "Beyond the Wall," moves at a breakneck pace and is practically bursting with nonstop action. That said, we had a few bones to pick with certain plot points after watching. In addition to being perplexed by the episode's wonky timeline and those seriously strange conversations between Arya and Sansa, we also had to wonder how in the hell the Night King appeared to know that Daenerys's dragons would show up to aid Jon Snow. Luckily, a new theory about the Night King's abilities has emerged, and it's so convincing that we desperately need it to be canon.

As we see in the season six episode "The Door," the Night King has a very strong connection to Bran Stark. When Bran is having his vision outside of the cave of the three-eyed raven, the White Walker's fearless leader is able to physically interact with Bran and grab hold of his arm. It's because of this scene that many believe the Night King has greensight just like Bran does and one of the reasons that make the theory that Bran is the Night King that much more plausible.

The idea that the Night King is a greenseer inspired an epiphany in Reddit user Damisu. What if the White Walkers' plan to kill Dany's dragons and resurrect them as wights is just that — a very carefully thought-out plan?

[EVERYTHING] The Night King knew *exactly* what was going happen. from gameofthrones

Sounds legit, right? Now, while that's a strong theory and definitely fills in some implausible gaps in the narrative, it still doesn't offer solid proof of the Night King's sinister plan. Fortunately, Sizzor19 pointed out on Reddit that a scene from the episode actually contains some pretty damning evidence about the Night King's greensight. Shortly before the Night King takes down Viserion, there's a shot of the rest of the White Walkers seated on horseback behind him. If you look closely, the Night King and the two White Walkers to his left are holding the long ice spears needed to kill a dragon, while the other two are holding icy swords. In other words: three ice spears for three dragons; the White Walkers are totally prepared to kill all three of Dany's children when they ride into that battle.

[S7E6] I am now convinced it was a deliberate trap. from gameofthrones

The final clincher of this theory actually comes from a scene in the previous episode, "Eastwatch," when Bran is warging into a flock of crows flying over the army of wights. As the crows dip and dive over the army (and are eventually spotted by the Night King, further cementing his bond with Bran), they pass over an area that looks a hell of a lot like the cliff Jon and the gang get pushed up onto while battling with the wights in the middle of the lake. Are they waiting in that exact spot, ready to lure the humans into their trap a few days later? 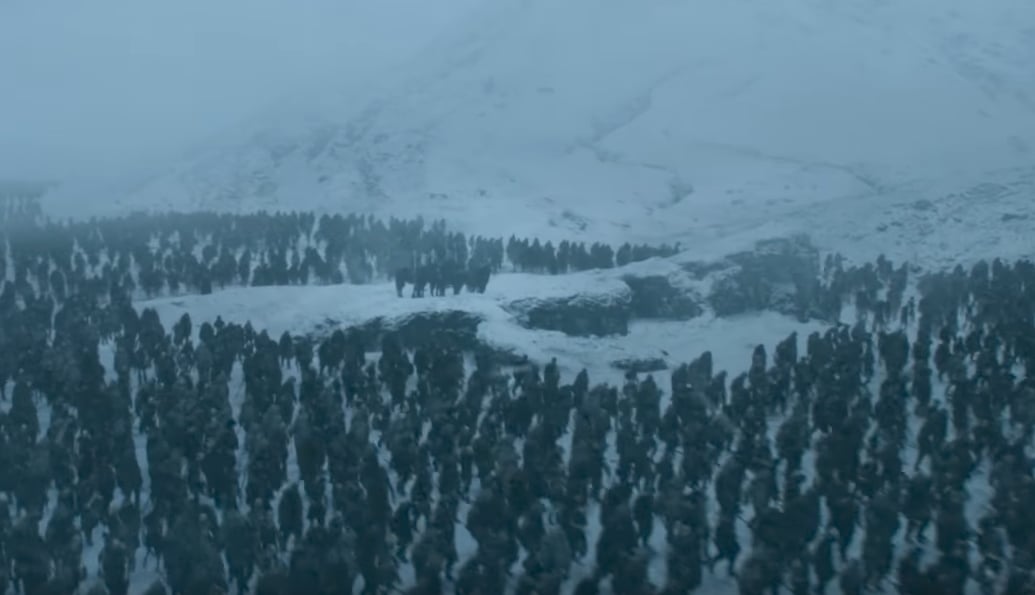 Granted, a lot of the snowy landscape in Game of Thrones looks the same, so it might be a different spot. Either way, hopefully Bran starts giving his siblings some helpful information soon, because there's no telling what the White Walkers will be able to accomplish with an ice dragon on their side.