Jude Law is Dom Hemingway, a notorious safe-cracker who's just been released from prison after 12 years. First stop? The mansion of his former boss (Demián Bichir), where he can collect what he's owed for keeping his mouth shut before partying like it's 2001. After indulging a bit too much, Dom's not quite at the top of his game, and when someone makes off with his payment, he's left broke and busted at the doorstep of his estranged daughter, played by Game of Thrones' Emilia Clarke. That's not even the most surprising part of the trailer: Law parades around butt-naked on the countryside. 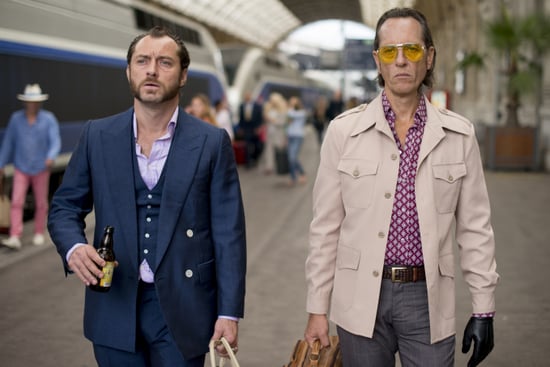 This movie looks incredibly entertaining, mostly because of the chemistry between Law and Richard E. Grant, who plays Dom's former hustling partner. I can't picture a more pitch-perfect role for Law, and honestly, I'm just excited to see Clarke out of her long, blonde wig. Dom Hemingway opens in the US on April 4, and you can watch the trailer after the jump.