A Russian assassin is on the loose in Washington DC in The Double trailer, and it's up to Paul Shepherdson (Richard Gere) to track him down. Shepherdson, a former CIA operative, has come out of retirement to track down the hitman he spent his entire career chasing down — and he begrudgingly accepts the help of an FBI rookie, Ben Geary (Topher Grace). Throughout much of the trailer, Shepherdson attempts to convince his young partner that the assassin is actually dead, suggesting Geary drop the case if he has any concern for the safety of his young wife and kids. So why is a man who is working the case so eager to abandon it? 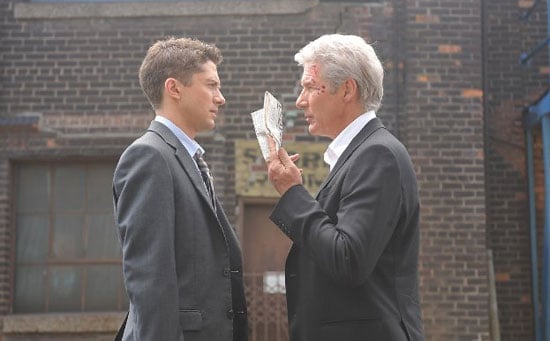 That's where The Double trailer starts to give too much away. In what seems to be a major plot spoiler, it reveals that Shepherdson may be the assassin he's been assigned to bring in, and it's a pretty safe bet that Shepherdson is up to some duplicitous, double-agent (ahem, thanks to the film title for tipping us off to that, too) shenanigans in the film. The Double hits theaters Sept. 23, but see what you make of the trailer when you read more.