Do I see a new supergroup on the horizon? It was The Saturdays' Frankie Sandford's 20th birthday at the weekend, and her bandmates took her out in Covent Garden to celebrate in style. Her boyfriend Dougie Poynter from McFly was also on hand to make sure her special day was perfect — and get blinded by the camera flashes! — along with his bandmate Tom Fletcher. Frankie's been in the business for a while now, she and her bandmate Rochelle were in the S Club Juniors, and she's admitted that she was concerned how McFly's fans would react to her dating one of their beloved band. However, she says that for every nasty comment, she gets "eight nice ones". 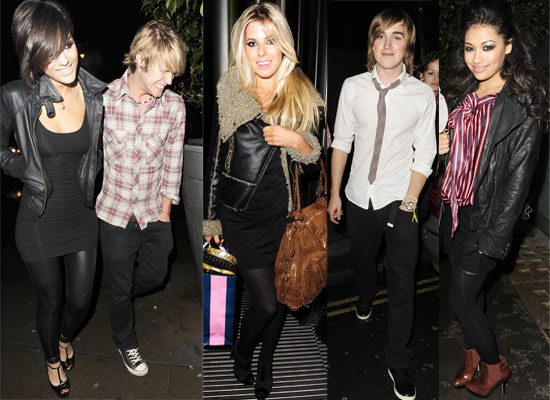