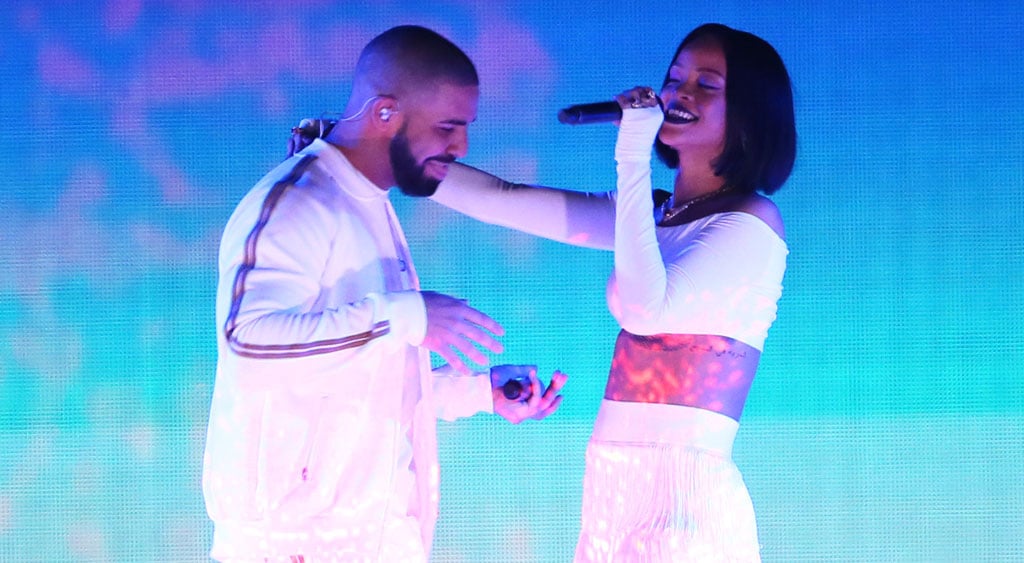 Do you hear that? It's the sound of everyone on earth breathing a sigh of relief that Drake and Rihanna's are-they-or-aren't-they relationship is actually the real deal. After the pair had hearts racing due to their near-kiss at the MTV Video Music Awards on Sunday, the "Work" singer joined Drake onstage at his tour stop in Miami on Wednesday night, where they locked lips. In videos posted by fans at the concert, the crowd goes absolutely wild after the kiss, as Rih wraps her arms around the "Summer 16" rapper. Although initially it wasn't clear whether or not Rihanna was receptive to Drake's heartfelt speech about being in love with her at the VMAs, Drake later posted an adorable Instagram of them together before they shared an intimate dinner in NYC. Neither party has confirmed their relationship yet, but it's safe to say that of all the guys Rihanna has dated, Drake is by far the most smitten.