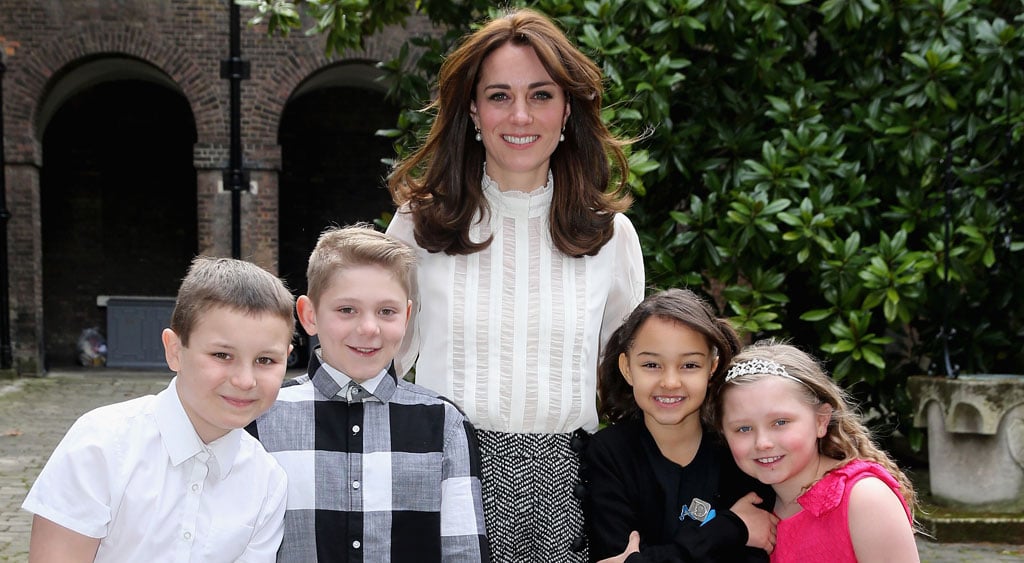 After the Duchess of Cambridge launched Children's Mental Health Week earlier this month, the duchess's fierce determination to raise awareness for the well-being of future generations was apparent in her first blog post as guest editor for The Huffington Post on Wednesday. Kate tactfully describes details about working with certain charities after she married Prince William, which led her to see families plagued by issues like addiction and destructive decisions. She saw how harshly those situations rub off on young children, and the experiences led her to become interested in the cause and dedicated to making a permanent change.

What I did not expect was to see that time and time again, the issues that led people to addiction and destructive decision making seemed to almost always stem from unresolved childhood challenges. It became clear to me that many children — even those younger than five — have to deal with complex problems without the emotional resilience, language or confidence to ask for help. And it was also clear that with mental health problems still being such a taboo, many adults are often too afraid to ask for help for the children in their care.
The mental health of our children must be seen as every bit as important as their physical health. For too long we have been embarrassed to admit when our children need emotional or psychiatric help, worried that the stigma associated with these problems would be detrimental to their futures. Research published today by the Huffington Post indicates that around a third of parents still worry that they will look like a bad mother or father if their child has a mental health problem. Parenting is hard enough without letting prejudices stop us from asking for the help we need for ourselves and our children.

Kate also made sure to note that Prince William is just as devoted to the issue, and that they plan on raising Prince George and Princess Charlotte to be unafraid of expressing their emotions.

Like most parents today, William and I would not hesitate to seek help for our children if they needed it. We hope to encourage George and Charlotte to speak about their feelings, and to give them the tools and sensitivity to be supportive peers to their friends as they get older. We know there is no shame in a young child struggling with their emotions or suffering from a mental illness.

In addition to bringing attention to the cause through her blog posts and being a patron of the charities Place2Be and The Art Room, Kensington Palace announced that Kate has also become a patron of the Anna Freud Centre, a children's mental health charity that she visited over Christmas last year.