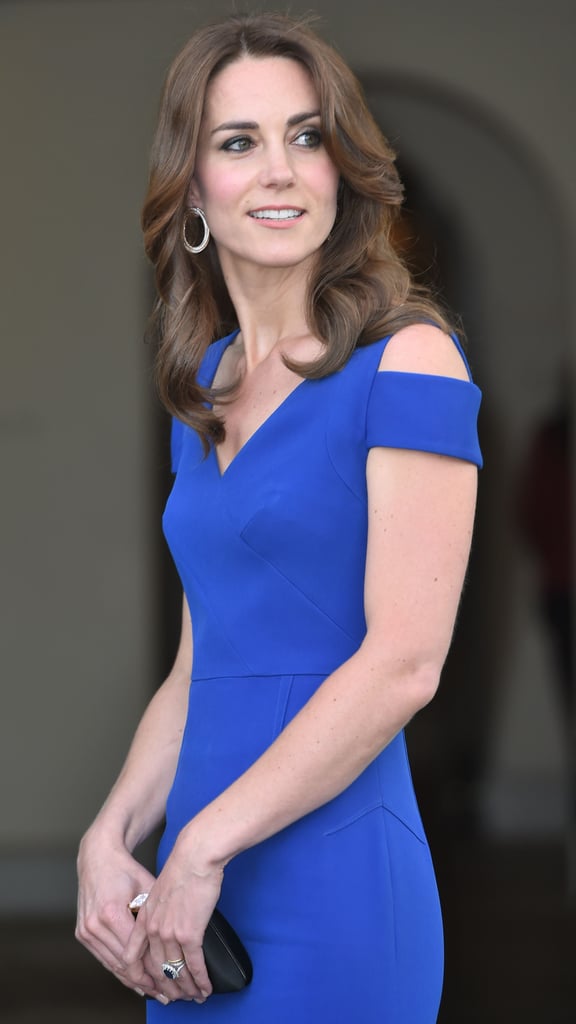 The Duchess of Cambridge fulfilled one of her royal duties on Thursday, meeting with both current and former athletes from SportsAid. Since 2013, Kate has been a patron of the program, which aims to help young, unfunded British athletes raise money to compete as Olympians and Paralympians. The duchess mingled with ambassadors, athletes, and alumni in the Sunken Gardens at Kensington Palace, looking every bit of the pretty prom queen in a cobalt-blue gown by Roland Mouret. Inside, she delivered a speech on the important work of SportsAid and the upcoming Olympic Games in Rio, saying, "The brilliance of SportsAid is in really understanding just how much athletic competition gives to our country as a whole," adding, "By investing in young sporting talent, they ensure that there is a strong pipeline of inspirational heroes."

It's already been a busy year for Kate, who, in addition to carrying out her work responsibilities, has been spending sweet quality time with her two kids, Prince George and Princess Charlotte. Just days after a sporty sailing lesson at the Portsmouth docks, Kate and Prince William took their little ones to watch the Houghton Hall International Horse Trials near their Anmer Hall country home; onlookers spotted the royal couple "literally just having an ordinary day out, sitting on the grass in jeans" with the toddlers.