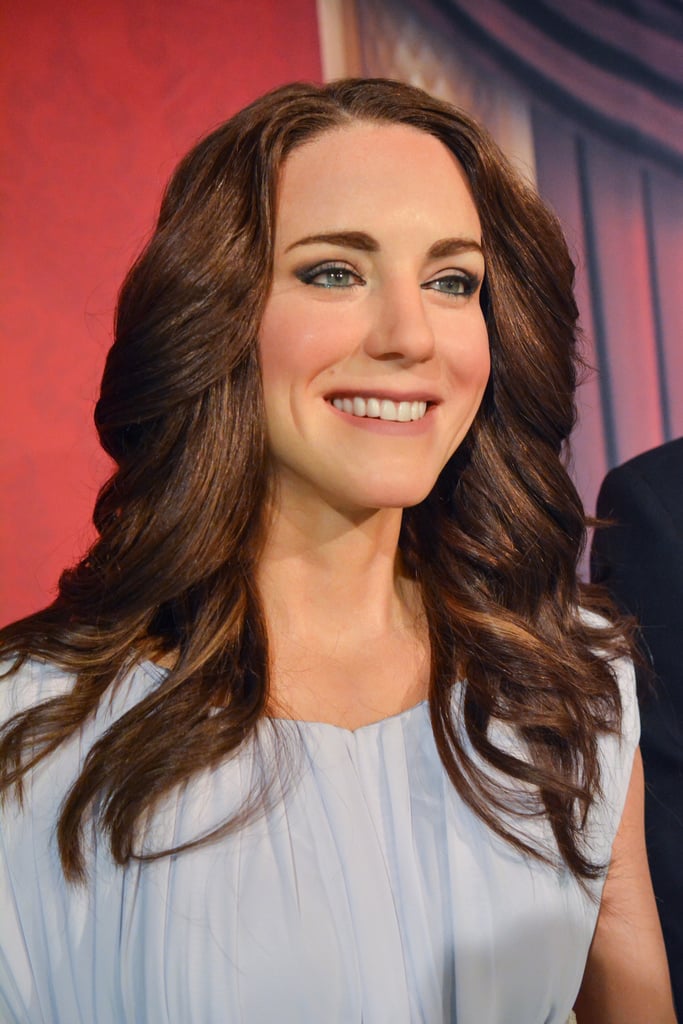 Madame Tussauds in Washington DC unveiled a new set of wax figures featuring members of the British royal family on Tuesday. While Queen Elizabeth II, Prince Harry, and Prince William are passably represented, it's The Duchess of Cambridge's statue that made us do a double take. Something about the figure seems to be a little off and just does not do the gorgeous duchess justice. Plenty of other stars have spot-on wax figures, but Kate's latest isn't quite the likeness we would have expected. It's been an exciting week for the royals, who welcomed their second child on Saturday and are already settling into life as a family of four. Scroll to see more of Kate's wax figure, and tell us, do you think it looks like her?