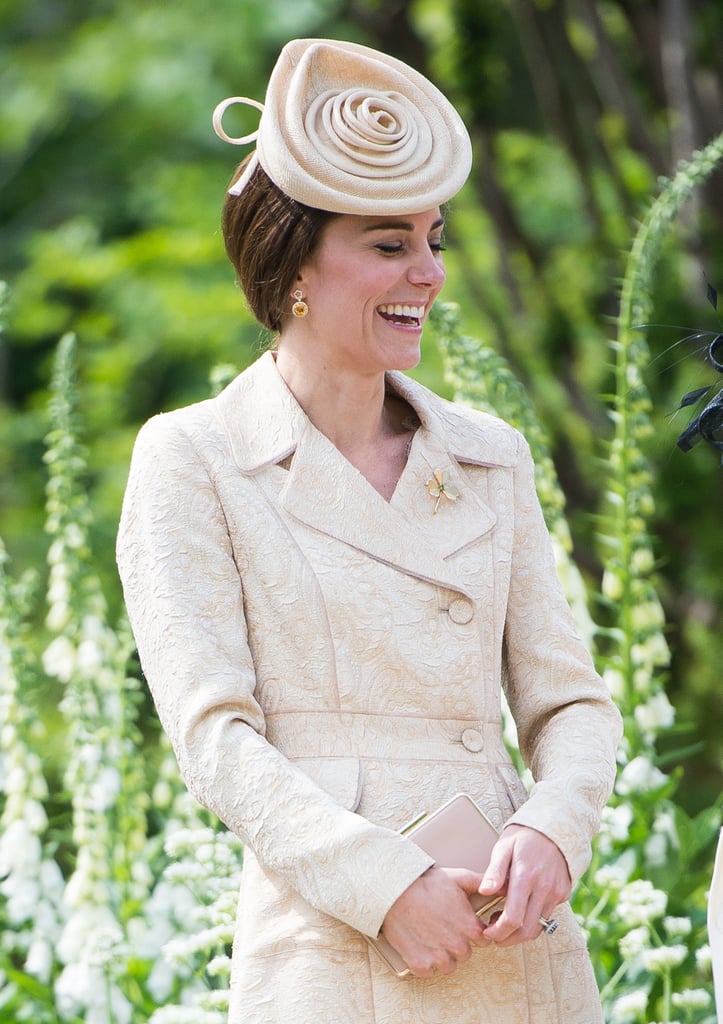 If you feel like you've been seeing a ton of the royal couple lately, it's because you have. The Duke and Duchess of Cambridge have been out and about fulfilling their duties at a handful of high-profile events this week, including continued celebrations for Queen Elizabeth II, who rang in her 90th birthday. On Tuesday, the couple arrived in style at the secretary of state's annual garden party at Hillsborough Castle in Northern Ireland. Kate's cream-coloured Day Birger et Mikkelsen jacquard outfit is one that may look familiar, as she's worn it to three royal wedding ceremonies in the past. She and Will greeted fans and attendees and also spoke to a group of soldiers.

Before heading to Northern Ireland, Will and Kate made a visit to the US Embassy in London; they paid their respects to the victims of the Orlando, Florida, nightclub shooting. The pair took turns signing a message in the book of condolence, writing, "With our deepest condolences and with our thoughts and prayers to all those affected."