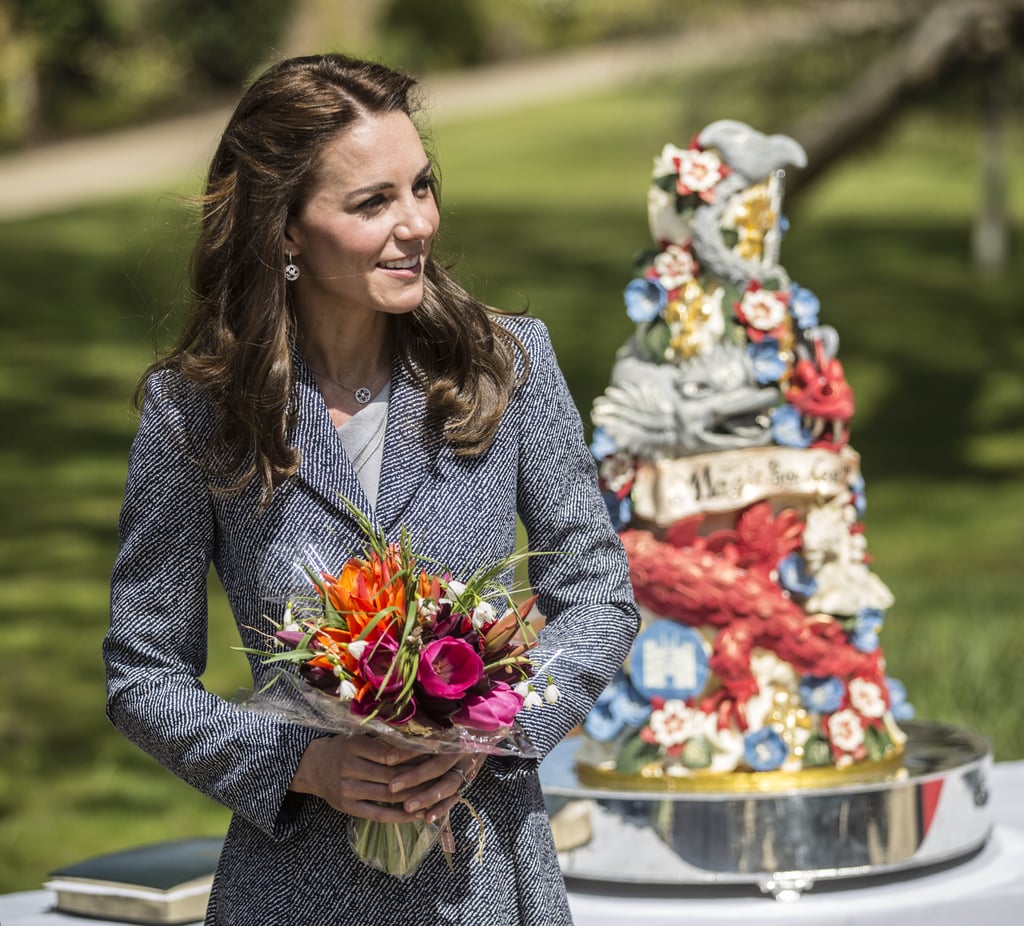 The Duchess of Cambridge made yet another stunning appearance on Wednesday morning when she officially opened the Magic Garden at Hampton Court Palace. Not only did the scenery look like something out of a storybook, but she also put her princess skills to the test when she faced off with a dragon (don't worry, it was plastic). Even though the medieval-themed playground would have been the perfect stomping ground for her little ones, the Duchess of Cambridge decided to leave Prince George and Princess Charlotte at home, admitting that her son probably would have been "a bit scared" by the 25-foot creature. See more pictures from her latest appearance here, and then check out all of her sweetest snaps with her son.