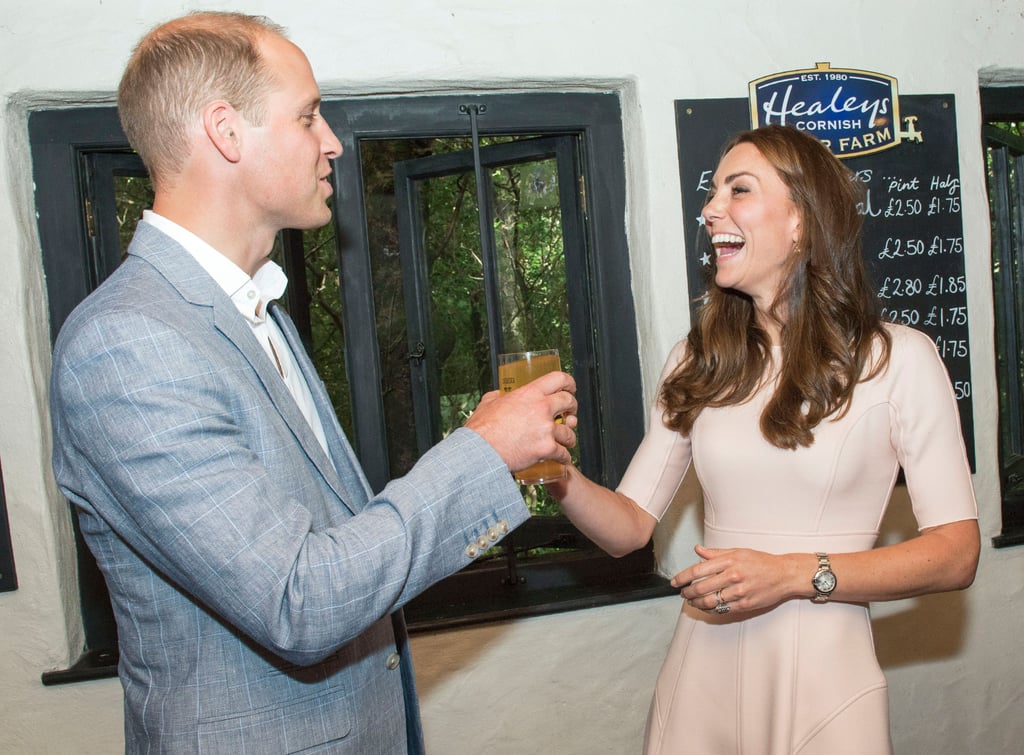 The Duchess of Cambridge is on her best behaviour most of the time, so it's only natural that she'll have the urge to let loose once in a while. The duchess saw that opportunity and took it on Thursday when she visited Healey's Cornish Cyder Farm in Truro with Prince William. The farm, which is a local business celebrating its 30th anniversary this year, is one of the area's top tourist attractions. And since Prince George and Princess Charlotte weren't in attendance, the royal parents decided to indulge in a few drinks.

Kate showed off her bartending skills while pouring pints of Healey's famous alcoholic Rattler cider, joking that she's "never mastered this," while William insisted it tasted "just like it does in the pub." She then tasted six different drinks before enjoying a shot of 120 proof whisky. After the couple left, owner Joe Healey revealed just how wild things got. "It was quite a boozy pre-lunch! They seemed really up for it. William in particular really likes cider and it was good to hear he drinks Rattler down his local pub." Earlier in the day, Kate and Will met with locals, including a few adorable children, at a cathedral in Cornwall. Nothing like an early happy hour!