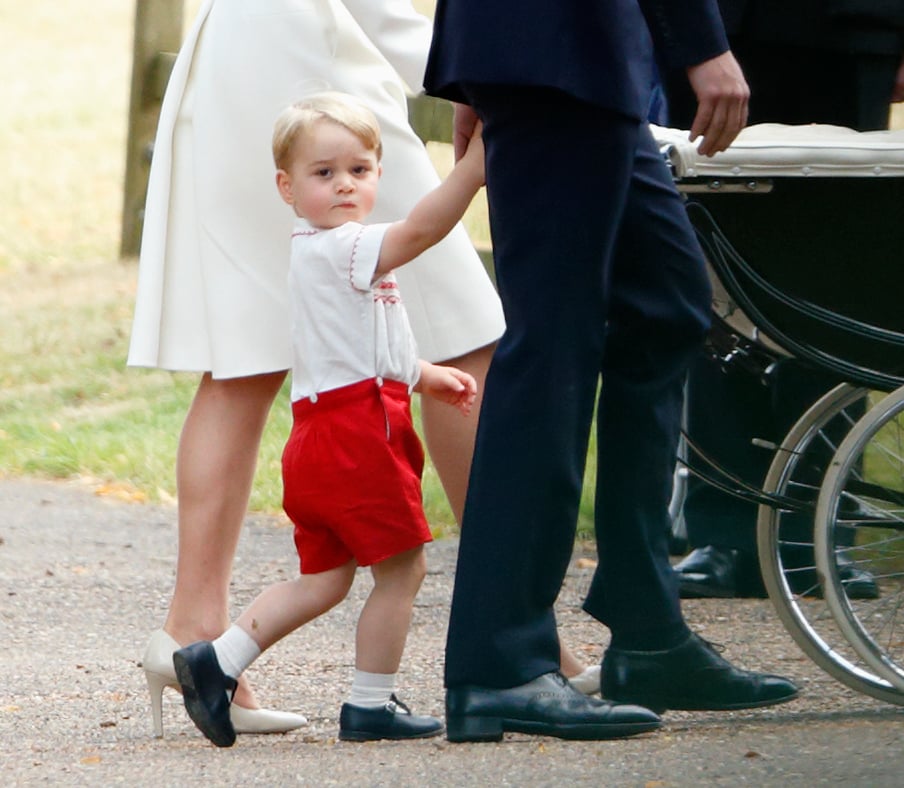 The Duchess of Cambridge made a parents-only appearance with Prince William on Sunday, but the couple's little ones were still on her mind. After arriving in Portsmouth, Kate greeted people who came out for the first round of the America's Cup World Series. According to People, 2-year-old Freddie Wilson wasn't shy about introducing himself. "Hello princess, my name is Freddie Wilson," he said. The boy's mother, Wendy Maxwell, told the press that Kate responded with a question. "She asked him how old he was, and he said, 'I'm 3,'" Wendy recounted. "When I said he is only 2, she said, 'George says that. He thinks that he's older.'" The timing couldn't be cuter — after all, little George just turned 2 years old on Wednesday. If you can't get enough of George's personality, catch up on the sweet and hilarious things the royal family has said about him.