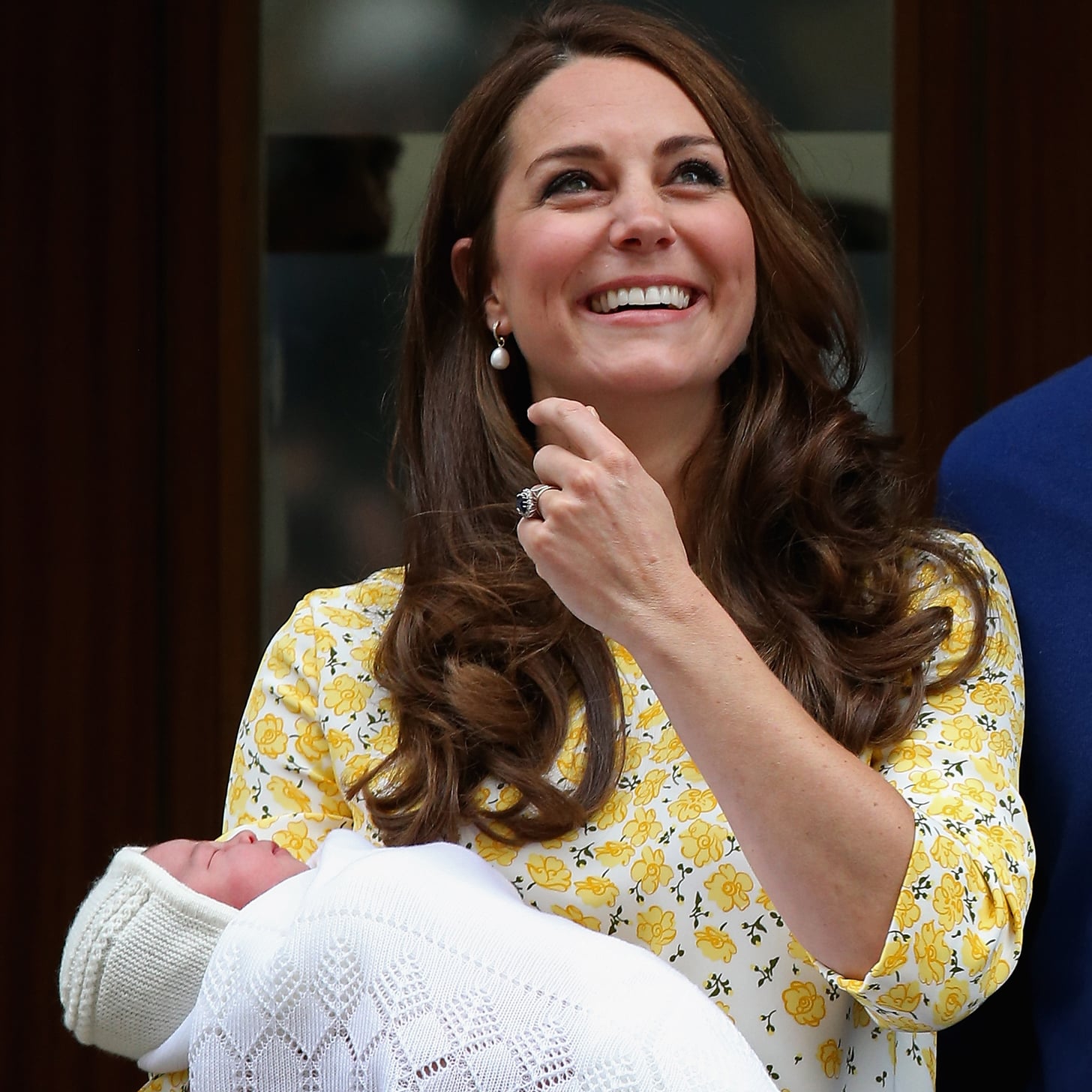 The Duchess of Cambridge is getting back to her royal duties this weekend, reportedly making her first official appearance since Princess Charlotte's birth at the Trooping the Colour ceremony on Saturday. Although Queen Elizabeth II's actual birth date is April 21, the annual Trooping the Colour ceremony is held to honour the monarch's birthday each Summer, when better weather is more likely. This year, the queen turned 89, and the festivities include a grand military parade and a fly-past of military aircraft, which the royal family watches from the Buckingham Palace balcony.

Last year, Kate was all smiles alongside Prince William and Prince Harry during the Trooping the Colour ceremony, riding in a carriage with Harry and Camilla, Duchess of Cornwall, as they made their way to the palace to greet huge crowds and watch the Royal Air Force fly overhead.

While this weekend's events mark Kate's first official appearance since giving birth to her adorable daughter, Princess Charlotte, the Duchess of Cambridge has been spotted out and about with her other little one, Prince George, a few times over the past few weeks. In May, the pair was seen playing together in London's Holland Park wearing matching outfits, with Kate chasing her son around the grass and "pretending to be a monster." A new report from People also reveals that she took George out for a treat, visiting the Back to the Garden cafe, which is located in a village close to Anmer Hall, the country estate where they're currently residing.

The Royals
Princess Eugenie Shares a Sweet Tribute to Her Grandpa, Prince Philip
by Tori Crowther 18 hours ago