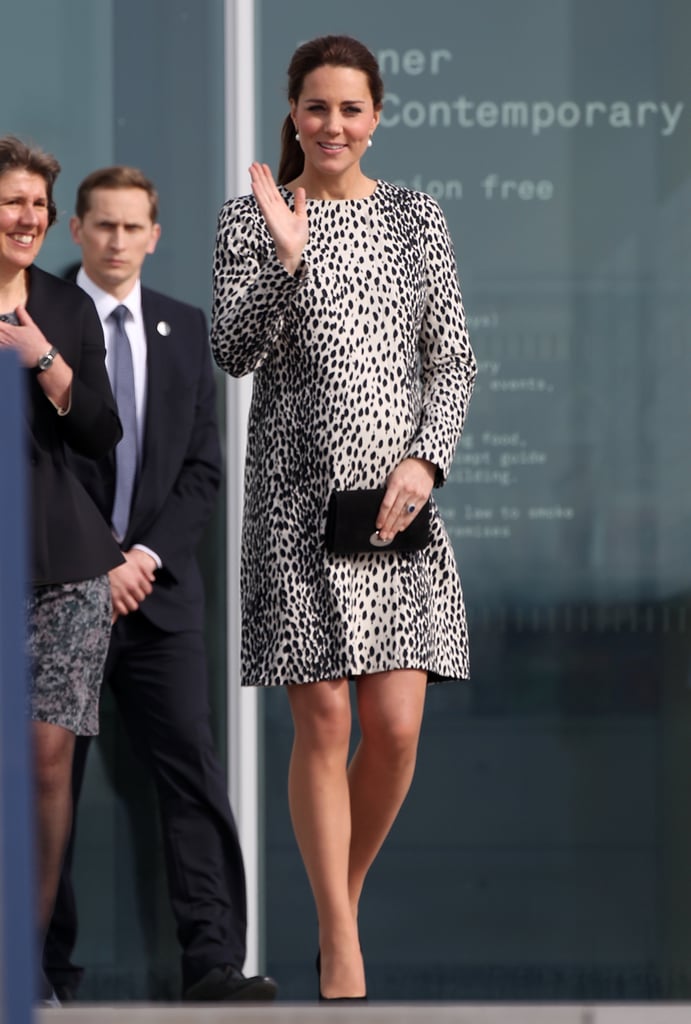 Just a couple days after joining Prince William for an outing at Westminster Abbey, Kate Middleton stepped out solo on Tuesday to visit Turner Contemporary Art Gallery in Margate. The Duchess of Cambridge greeted the crowd in a chic leopard Hobbs coat, which she previously wore when she was pregnant with Prince George. The body-hugging coat showed off her baby bump, and she kept it classic with black pumps and a clutch. During the outing, Kate met with the artists and sculptors whose work is featured in a current exhibition titled Self: Image and Identity. As a patron of the UK's National Portrait Gallery, she was there to check out the last self-portrait by Sir Anthony van Dyck, which was recently acquired by the gallery, and she also took the time to chat with local artists at the exhibition.

While at the art gallery, the duchess showed off her sweet side by meeting local schoolchildren from Holy Trinity and St. John's. Kate was spotted talking to the children while they worked on an art project, and she even helped them out at the table. Later on in the day, she also appeared at Resort Studios in Cliftonville, Margate, to view an exhibition featuring photomontages of local personalities. There, she'll also meet with the artists in residence to hear about their work in the community. Keep reading to see pictures of Kate's latest outing!